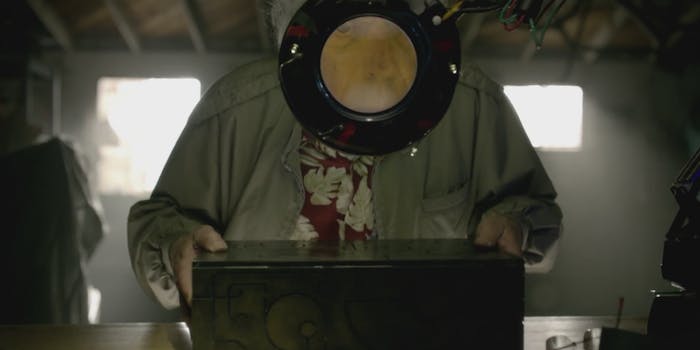 Great Scott! Doc Brown is back, and he’s ready to play Lego Dimensions

Building Lego sets isn’t as complicated as constructing a time-traveling DeLorean, but Doc Brown doesn’t seem to find Lego any less interesting for it.

Back to the Future sets will be included in Lego Dimensions, the upcoming game that joins Skylanders and Disney Infinity in the craze of video games that incorporate figurines. To commemorate the game, Doc Brown has stared his Lego counterpart in the face during a new live-action ad.

In it Brown (played by the ageless Christopher Lloyd) receives a package on his doorstep, assembles the same Lego portal game peripheral that Joel McHale built in the previous live-action Lego Dimensions ad, and kicks off the in-game footage section of the spot that suggests Lloyd may also have a speaking role in the game.

Back to the Future is just one of many licensed properties that will be contributing characters to the game. Lego’s popular Lord of the Rings and DC Heroes construction toy lines will provide Lego Dimensions elements, and Jurassic Park, Doctor Who, The Simpsons, and Portal sets for Lego Dimensions will also be on store shelves.

If our calculations are correct, when Lego Dimensions is released on Sept. 27 for PlayStation 3, PlayStation 4, Xbox 360, Xbox One, and Wii U, parents’ wallets are going to see some serious shit.