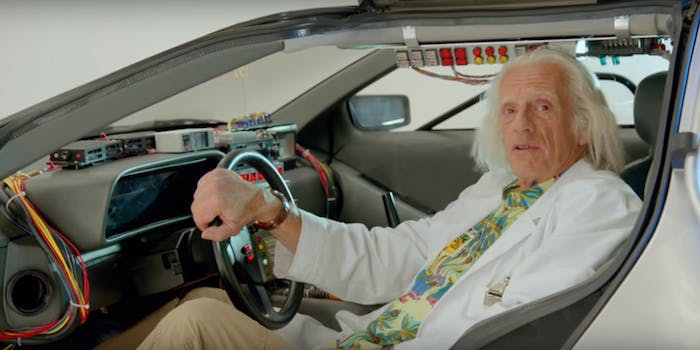 This video from the real Doc Brown is strangely heartwarming.

Unless you’ve been secluded in an Internet-free bunker for the past few weeks, you know that today is Back to the Future Day: Oct. 21, 2015, the date when Marty McFly arrived in “the future.”

To celebrate, Universal Pictures produced a sweet little video of Christopher Lloyd, who played the frenetic Doc Brown in the series, emerging from his time-traveling DeLorean in the real 2015.

“The future has finally arrived,” he says. “Yes, it’s different than we all thought, but don’t worry, this just means your future hasn’t been written yet.”