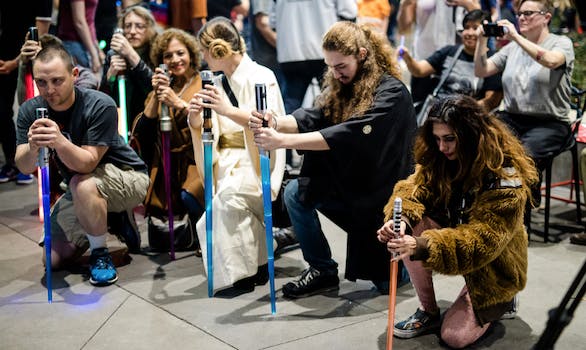 ‘She is one with the Force, and the Force is with her.’

Leia Organa might have never became a Jedi knight, but Star Wars fans across the country honored Carrie Fisher with multiple sendoffs worthy of the Force-strong leader she was.

Tributes for Fisher, who died on Tuesday at age 60, have poured in ever since the news broke, with fans channeling their grief in fanart, turning to her movies and books for comfort, creating a makeshift Hollywood Walk of Fame star, and one fan even named his new daughter after Leia. The theater chain Alamo Drafthouse planned a lightsaber vigil for the fallen general and princess at one of its theaters in Austin, Texas. It encouraged fans to bring their lightsabers and dress up like their favorite Star Wars character—the event welcomed “fellow Wookiees, Bounty Hunters, Ewoks, and Stormtroopers”—and those who didn’t have lightsabers brought flashlights and glow sticks instead.

Our Lightsaber Vigil for @carrieffisher starts at 6:30pm at South Lamar. Parking will be tight, so ridesharing/biking is recommended. pic.twitter.com/3DuCiBvws3

On Wednesday night, lightsabers of all kinds lit up the sky as hundreds of Star Wars fans gathered in tribute to Fisher. 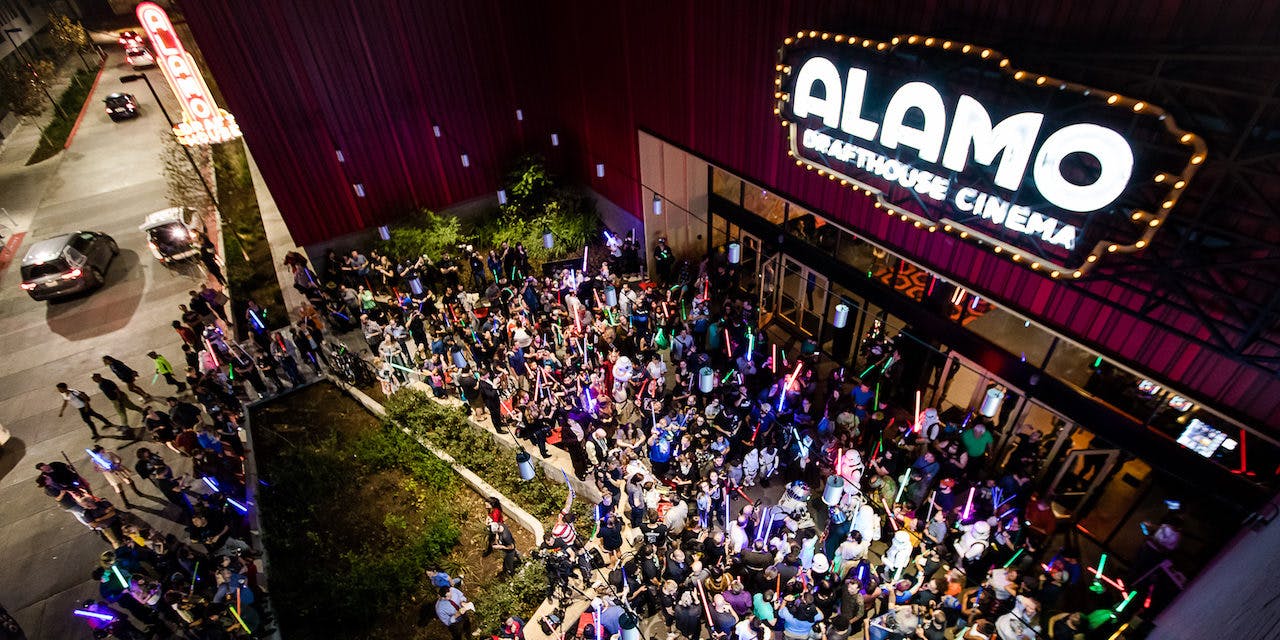 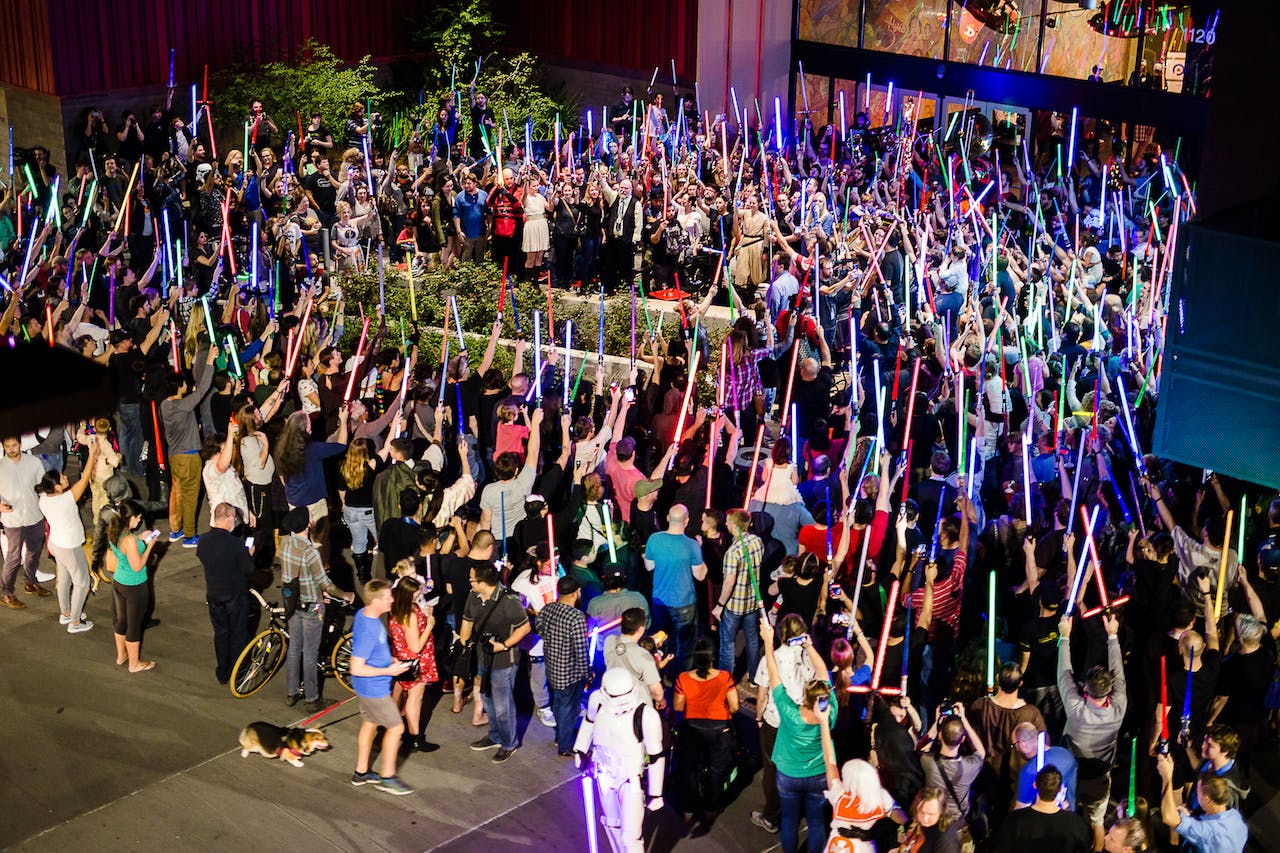 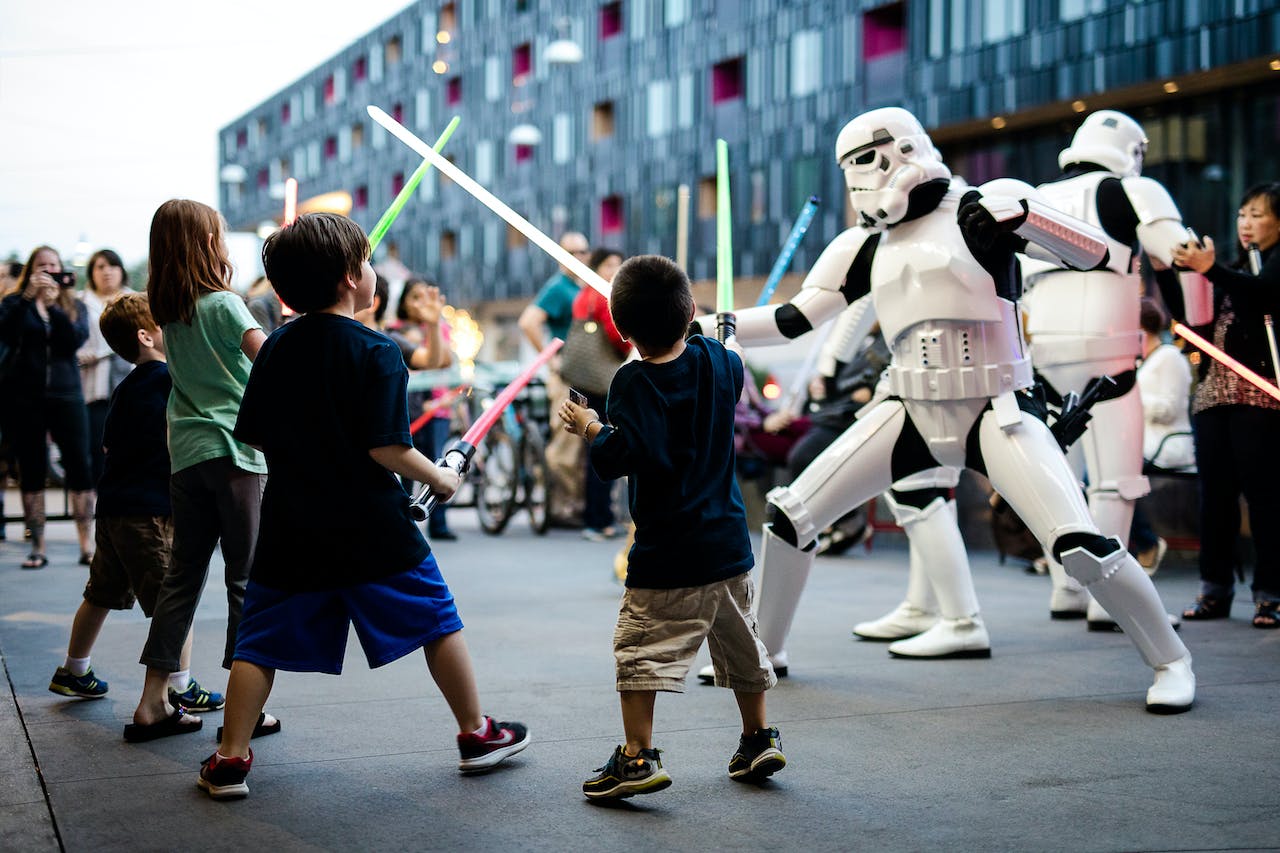 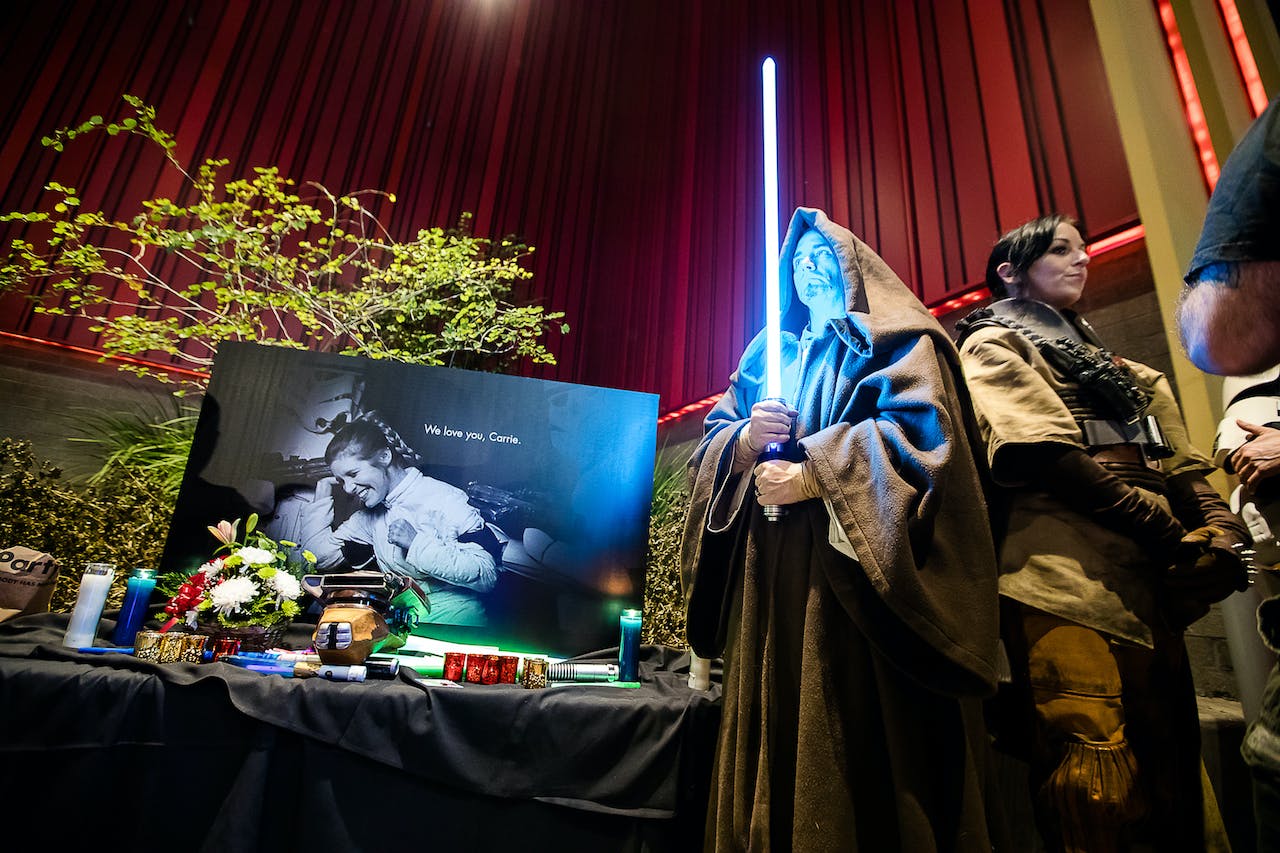 A loving Lightsaber tribute to Carrie Fisher at #DowntownDisney. There were a bounty of emotions, shared memories, and a loving appreciation for a remarkable human being. #Disneyland #StarWars

There was a light saber vigil for #CarrieFisher at the #Disneyland Resort in Downtown Disney this evening… pic.twitter.com/06BuOk2pYg

Lighting up the night at DowntownDisney for Carrie Fisher pic.twitter.com/jsALOnBUql

It got pretty emotional when Leia's theme started playing in @DisneylandDTD & the sabers ignited to bid farewell to Carrie Fisher pic.twitter.com/oeuAcLT30b

The Wings Over the Rockies Air and Space Museum in Denver held its own vigil for Fisher, fittingly held in front of one of the Rebellion’s X-wings.

Tributes to Fisher and her life’s work will continue for the rest of the week and into the weekend.

The Alamo Drafthouse in Littleton, Colorado, and the Mason Park and Lubbock locations in Houston will both host their own lightsaber vigils Friday night while the Blue Ribbon Army Social Club, a pop culture group based in Phoenix, will hold a Memorial Saber Walk Friday night. Alamo Drafthouses will host a number of memorial screenings of Fisher’s non-Star Wars work over the weekend, including When Harry Met Sally, The Burbs, and a free memorial screening of The Blues Brothers in San Antonio and New Braunfels, Texas, with a $5 food voucher and they will be collecting donations to the nonprofit DBSA San Antonio, a support group for people with mental disorders.