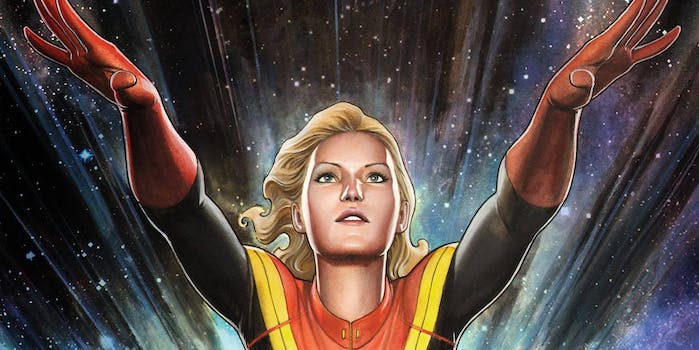 The new Captain Marvel movie will be an origin story, even though Marvel is done with origin stories

So much for 'no more origin stories' from Marvel Studios!

The upcoming Captain Marvel movie will be an origin story, contrary to earlier hints that Marvel Studios was done with origin stories.

Speaking to the press at a Doctor Strange event on Monday, Marvel producer Kevin Feige shared some new details about the studio’s next two franchises, Black Panther and Captain Marvel.

Captain Marvel will be the MCU’s seventh origin story film, not including the additional origin subplots for smaller characters like Scarlet Witch. This news will probably inspire mixed reactions from fans, as many are already tired of seeing new variations on the origin formula. But from Marvel’s perspective, another origin film may be seen as a low-risk entry point to a new franchise, introducing audiences to the character.

Due out in 2019, Captain Marvel is being written by Meg LeFauve and Nicole Perlman, and stars Brie Larson in the title role.