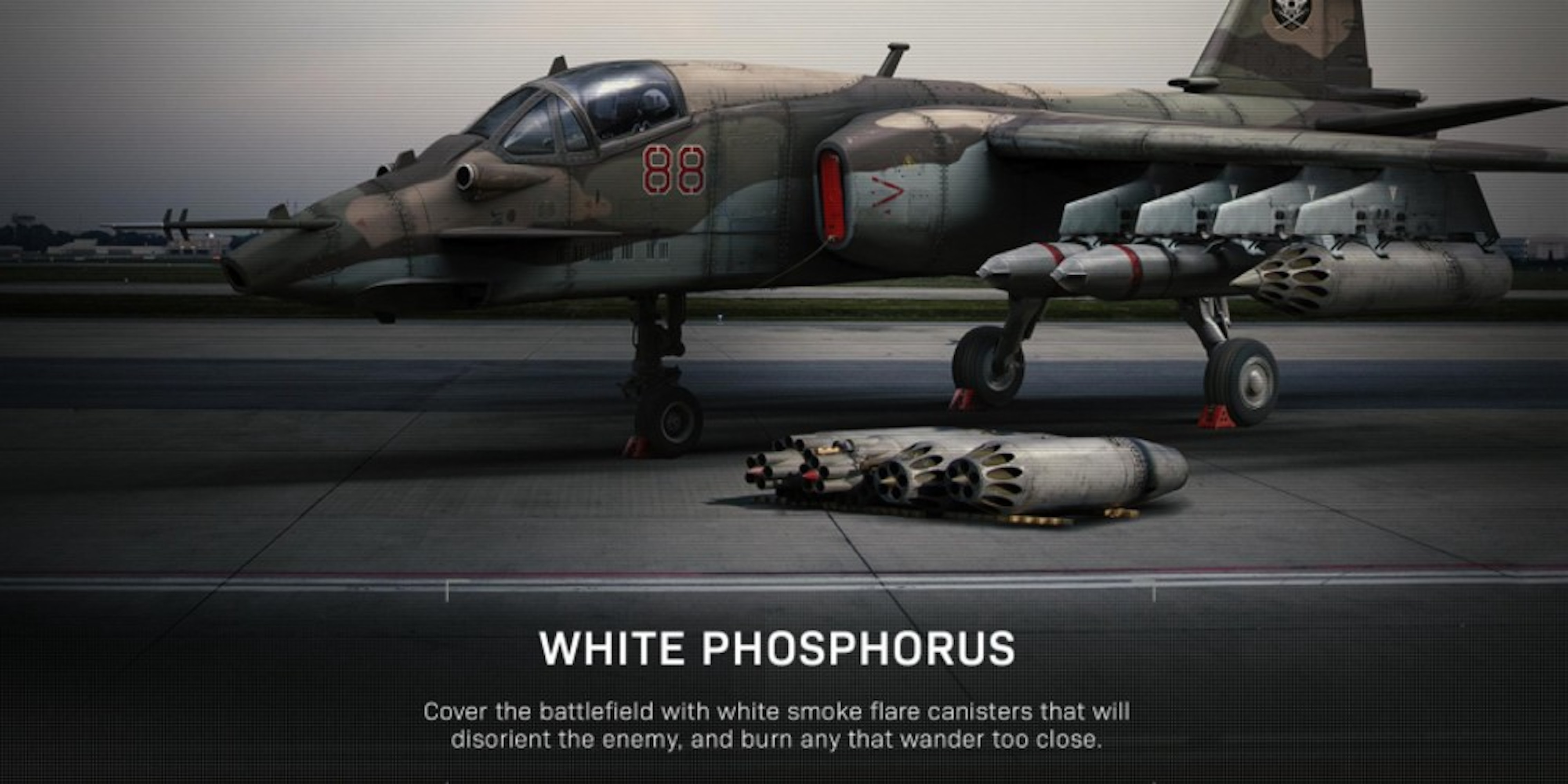 Call of Duty: Modern Warfare faces backlash for its inclusion of white phosphorus

'If you kill enough, you get the joy of committing a war crime.'

Call of Duty: Modern Warfare is facing pushback on Twitter for including white phosphorus in the game.

The game offers players the weaponized chemical as a reward for killstreaks, or a high number of kills without dying. In the game, white phosphorus makes players’ screens go black and white and can burn anyone who gets close to the area, according to GameSpot, which tested out the game before the October 25 release date.

Although the game has involved weapons like nuclear bombs in the past, many Twitter users say that the inclusion of white phosphorus is crossing the line. During real-life wartime, the chemical is often used to create big clouds of white gas, but if a person becomes exposed to it, the chemical can cause severe burns, health problems, and even death.

Just banned my son form ever playing Call Of Duty. Using White Phosphorus is a war. I know USA and Israel loves it but nah, sorry.

The U.S. Army has used white phosphorus in many wars, including in Iraq and Afghanistan. Soldiers can legally use the chemical to create smoke in order to hide movement, but not against people as a weapon. If they do, it is considered a war crime.

“Because the way the convention is structured or applied, any chemicals used against humans or animals that cause harm or death through the toxic properties of the chemical are considered chemical weapons,” Peter Kaiser, the spokesperson for the Organization for the Prohibition of Chemical Weapons, told an Italian news organization in 2005.

But the U.S. Army has received criticism for its use of the chemical in the past. For example, in 2017, the army used white phosphorus in heavily civilian-populated areas in Iraq and Syria. Many Twitter users have pointed out that the army has used white phosphorus as a chemical weapon, and that it shouldn’t be used as a twist for gameplay.

“Call of Duty: Modern Warfare (new, not old) includes white phosphorus as a reward for a ‘killstreak.’ That is, if you kill enough, you get the joy of committing a war crime,” Twitter user @GlumBird tweeted.

Call of Duty: Modern Warfare (new, not old) includes white phosphorus as a reward for a "killstreak". That is, if you kill enough, you get the joy of committing a war crime.

Call of Duty and its collaborators in the US state are advertising war crimes. https://t.co/icJLEjA0FN

Geoff Smith, Call of Duty’s multiplayer design director, said Friday that the game isn’t trying to make a statement on any real-world war acts, according to VG247. In addition, he said the chemical would not create any visible injuries in the game.