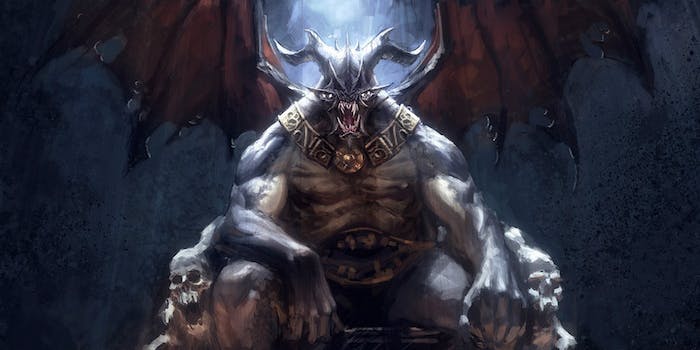 The story will be revealed episodically, similar to a television series.

Tabletop roleplaying games are pretty much about one friend designing a world that’s explicitly meant to kill you and your other friends. BioWare wants to bring this to video games.

The weird, X-Files-ish trailers from BioWare that we’ve been reporting on since San Diego Comic Con are, as everyone believed, for a new game called Shadow Realms. BioWare made the reveal earlier today at the Electronic Arts press conference at Gamescom in Cologne, Germany.

The story involves ordinary people who not only discover that they have magical powers but who also need to employ those powers to fight an evil being called the Shadowlord. The plot will be revealed episodically, similar to a television series, and will feature episodes with cliffhanger endings.

These ordinary people, and the Shadowlord himself, will be controlled by human players in Shadow Realms, which is being described by BioWare as an “online action RPG.”

Players will be able to customize their Hero characters outside of the class-based limitations that are traditional for most RPGs. Not unlike to a Dungeon Master in Dungeons and Dragons, the Shadowlord player will have the ability to summon enemies and manipulate the environment (laying traps and such) in their attempt to kill the other four players.

BioWare is currently accepting signups for alpha testing on the Shadow Realms website.