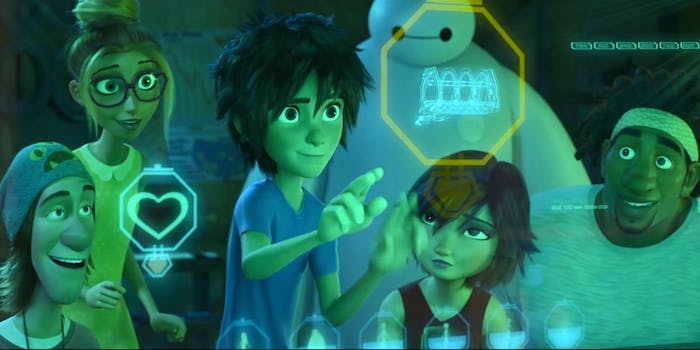 New ‘Big Hero 6’ trailer introduces us to the whole team

If you weren’t already excited for Disney to release Big Hero 6, the first Marvel animated film, just wait until you see this new trailer.

In it we find out it was actually 14-year-old Hiro Hamada’s brother who built the big, lovable robot Baymax, but this still being a Disney film it looks like there’s some heartbreak at the start. When a supervillain appears in town, robotics prodigy Hamada decks out his friends and fellow nerds in some cool tech so they can defend their home.

Of course, Baymax once again steals the spotlight in the trailer. How can you not want to join the characters hugging the marshmallow-like robot? After the outcry from fans wanting a toy for the adorable baby Groot after Guardians of the Galaxy, we can only assume Disney’s learned it’s lesson and already has plans for an cuddly plush Baymax.