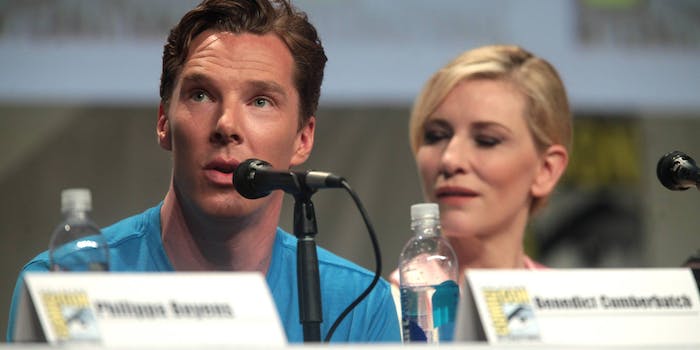 He says the quotes circulating were a 'complete distortion.'

Benedict Cumberbatch appeared to hint that Sherlock would end after its upcoming fourth season last month, but he’s now saying that reports of its demise have been greatly distorted.

In an interview for the November issue of British GQ, Cumberbatch discussed the hit BBC show and its possible end as fans patiently wait for the next season. While production for season 4 ended in August, there’s no premiere date for it to air in the U.K. and the U.S. The main quote from British GQ—listed under the subhead of “Benedict Cumberbatch on the last series of Sherlock”—made it appear to some fans that Sherlock, which has been on the air in 2010 with long hiatuses so Cumberbatch and co-star Martin Freeman can pursue other projects, was finished.

It might be the end of an era. It feels like the end of an era, to be honest. It goes to a place where it will be pretty hard to follow on immediately. We never say never on the show. I’d love to revisit it, I’d love to keep revisiting it, I stand by that, but in the immediate future we all have things that we want to crack on with and we’ve made something very complete as it is, so I think we’ll just wait and see. The idea of never playing him again is really galling.

Now on a worldwide press tour for Doctor Strange, Cumberbatch is pushing back against the narrative that he confirmed Sherlock’s end in an interview with the Associated Press. Addressing the previous comments, Cumberbatch said that the journalist who interviewed him distorted his comments and “tried to make something sensational out of it and create click bait.”

On the state of Sherlock, he was cryptic but said we’d have to see the fourth season to see why it might return less often in the future.

“We love doing the show, and all I’ll say about it is that we’re all very busy, we’re all doing other things now and you’ll have to see the fourth season to realize why, for now, it’s not going to happen again at the same regularity that it has been happening,” he said. “But we’ll see, we’ll never say never and when it’s right, and if it’s right, we’ll do more.”

We’re no closer to finding out when we’ll get more Sherlock, but the end may not be as close as we originally thought.