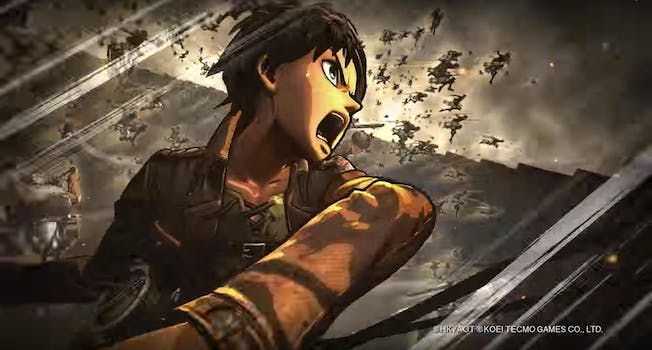 ‘Attack on Titan’ the game looks terrifying in this new trailer

Titans are even scarier when you're behind the controls.

The more we see of the upcoming Attack on Titan game, currently in development for various Playstation platforms, the less we’re sure we can survive it.

The latest teaser trailer takes us up-close and personal with the task of taking down a titan using the game’s 3-D game mechanics. As anyone familiar with the anime can tell you, it’s not pretty. But when you’re the one behind the controls, suddenly the Titans feel a lot, um, bigger.

In this teaser, the player is Eren, facing off against the Colossal Titan. (Is he the final boss?) It’s pretty intense—but keep watching to the end for a great cameo from everyone’s favorite Running Titan, still careening drunkenly through the land: