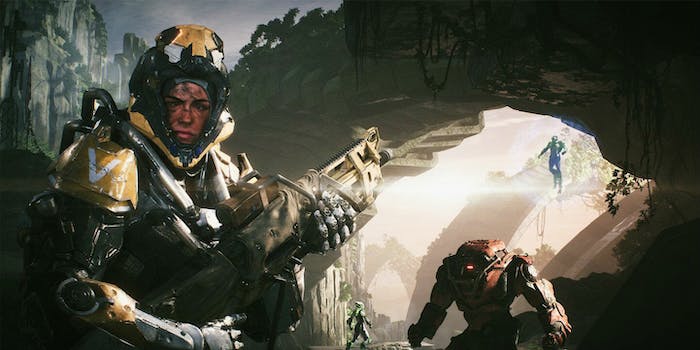 EA’s open-world multiplayer shooter/loot-collect-a-thon Anthem was already in a precarious place—and now an Anthem boycott is in place by angry players.

Right out of the gate, a low Metacritic score of 56-60 percent led to a relatively mediocre reception for Anthem. Daily Dot’s AJ Moser said the game was a “gorgeous, empty shell.” As if that weren’t bad enough, multiple reports of bugs led to ruined gameplay experiences, and numerous individuals (including this reporter) found that playing Anthem caused their PS4 to hard crash. 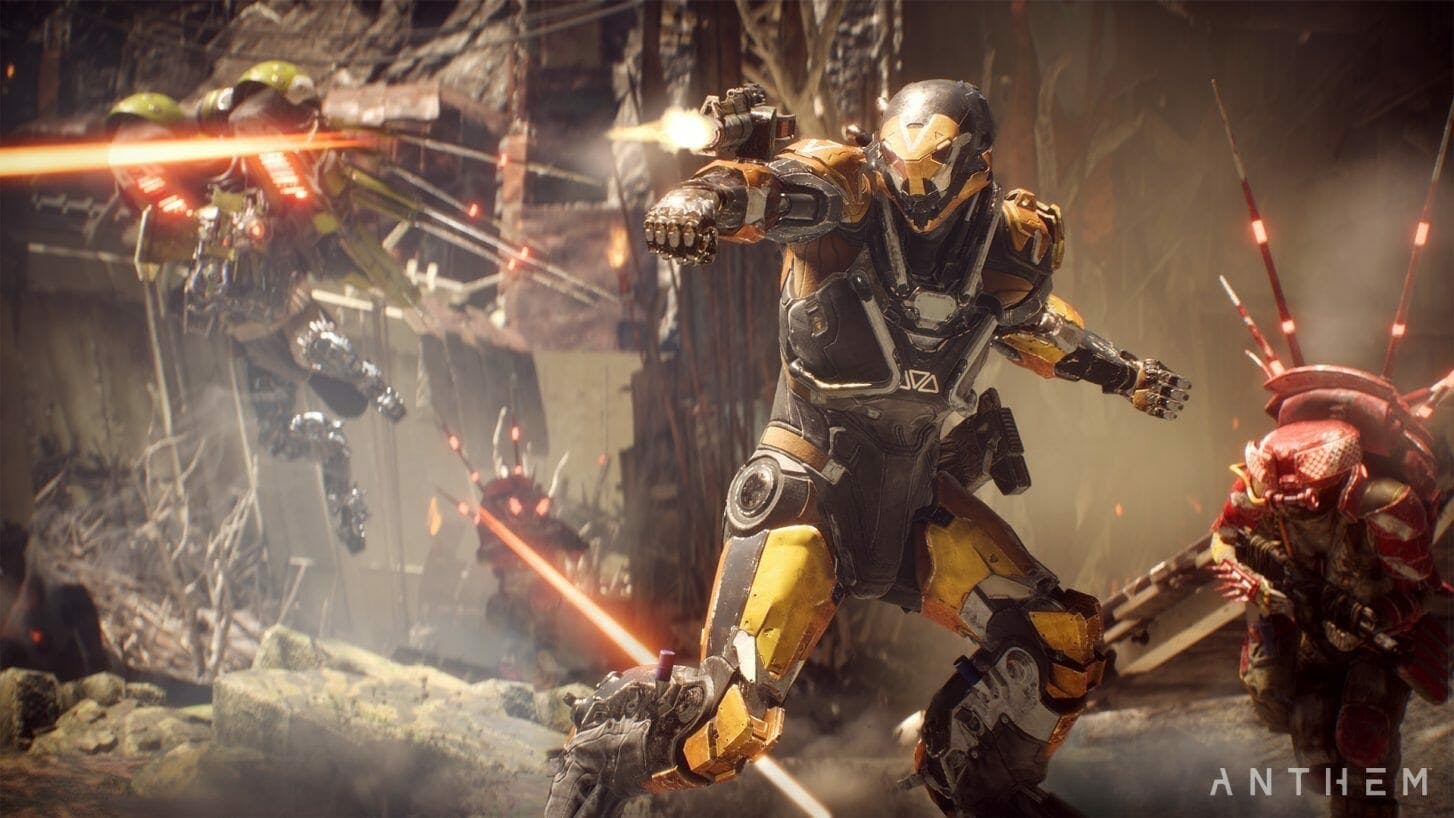 Even stranger, EA began banning certain Anthem players for exploiting a bug that allowed them to collect higher tier loot at a quicker rate, all in a game that currently has no competitive multiplayer component, according to GameRant. Amid a swell of other gameplay and loot-balancing issues, it seems like Anthem fans have had darn near had enough. A number of them are planning a week-long boycott of the game to protest EA’s apparent mishandling of the game.

Prior to patch 1.0.3, it seemed Bioware and EA had listened to most of the major concerns. Low-tier loot dropped less for players above level 30, changes to the annoying respawn system were made, and the PS4 crashing issue seemed to be addressed. With 1.0.3 dropping on Saturday, those loot changes were evidently reverted, and it turned out the loot changes were actually a bug—and it’s the second time this has happened to Anthem.

In the thread, Afinda asks players to stop playing Anthem from March 11 to March 15 to “make a point.”

“You’re pissed?” Afinda writes. “You want to make a point once and for all? Well, what could hurt a game that has real money transactions for cosmetics (lol, yeah there are nearly none I know) or is a live service more than anything? Player Numbers.”

While Afinda’s post doesn’t lay out the most specific of plans for affecting change other than urging players to boycott Anthem for a week, they’re definitely not alone in their sentiment. The number of subreddit threads expressing varying levels of concern over Anthem’s loot mechanics and the subsequent changes prompted subreddit moderators to collect them all in one giant megathread.

“I understand not wanting the carrot (loot system) so close to the horse (players) that it gets eaten immediately (nothing to do because completely geared out)…” one Reddit user wrote. “But if the carrot is so far away that you need the Hubble Telescope to even SEE the blasted carrot, it’s hard to want to put in the effort to walk all that way just to maybe possibly get a nibble at a carrot, that might actually be rotten.” 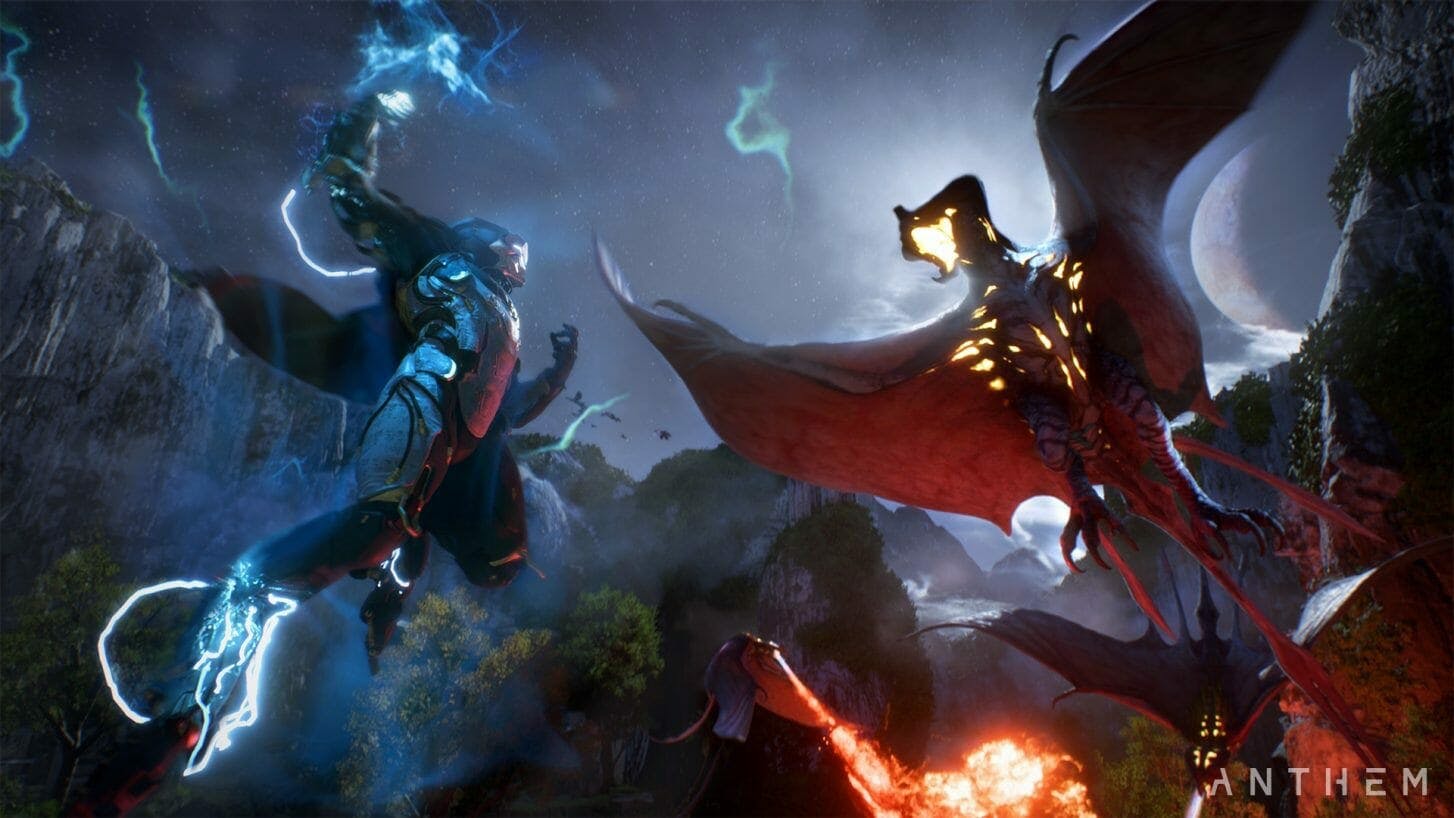 In response to Afinda’s post, a number of Reddit users commented that they’ve already stopped playing the game.

A look at the rest of the Anthem subreddit shows mostly additional threads voicing concern—or just cracking jokes at EA’s expense. Amid the complaints are also a few threads acknowledging the Bioware developers who will likely be responsible for implementing the community’s wishes while under a barrage of angry comments from the internet.

In any case, EA has to be grateful for the runaway success of Respawn’s Apex Legends, which recently surpassed 50 million players.