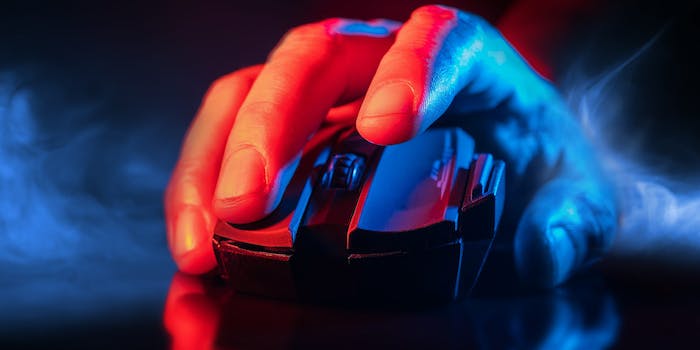 The title is self-explanatory, unfortunately.

This week, Valve decided to pull a game called Rape Day from its Steam Store. And, of course, sadly, gamers are upset.

On Wednesday, Valve announced Steam will not distribute Rape Day. Citing the need for “further explanation,” Valve said that “significant fact-finding and discussion” over a game with the words “rape” and “day” in the title led Valve to conclude that the game “poses unknown costs and risks and therefore won’t be on Steam.”

“We respect developers’ desire to express themselves, and the purpose of Steam is to help developers find an audience,” Steam said about a game where you can “verbally harass, kill, and rape women as you choose.” Valve too was not so quick to call out violence against women, but instead simply said Rape Day’s developer “has chosen content matter and a way of representing it that makes it very difficult for us to help them do that.”

So there you have it. A real impassioned response to a rape game.

Over on Rape Day’s official website, developer Desk Plant describes the game as a “dark comedy with pornographic elements” and a “visual novel where you control the choices of a terrifying psychopath during a zombie apocalypse.” An archived link to Rape Day’s Steam Store page reveals the game stars a “menacing serial killer rapist” in a world where “the zombies enjoy eating the flesh off warm humans and brutally raping them but you are the most dangerous rapist in town.” Again, this was a game that warranted both “fact-finding” and “discussion.”

Desk Plant, who said that this was his first game and that he made it for fun, told the Daily Dot that Steam’s decision didn’t “make sense” to him. “Steam caved to external pressure rather than thinking about their long-term strategy,” he said. “They should update their policy of what they will allow, to automatically ban games having whatever qualities they believe Rape Day had, that outraged some people, in my opinion.”

For the record, after Steam removed Rape Day from its store, Desk Plant wrote on its website that Rape Day “will be available soon for $15 USD but only for a very short amount of time before banning campaigns take it down again,” after which the developer “will remove everything having to do with [Rape Day] from the internet for good.”

After the game’s removal from Steam, gamers quickly turned to Reddit and spoke out. In a locked r/Games thread, most users generally agreed with the decision, but others were torn. One user complained that Steam “is a game store and should be impartial,” and that Rape Day should instead be added onto a video game store “BUILT for that kind of shit.” Another user called Rape Day a “high effort troll,” saying they “kinda respect it in a morbid way.” A third complained “glorifying murder is fine though,” while rape is not. The thread was later shut down after mods became “tired of removing comments that condone rape.”

Unsurprisingly, r/Games’ thread pales in comparison to Gamergate subreddit r/KotakuInAction. Rape Day sparked vigorous discussion in a thread with over 700 comments, some of which supporting Steam’s decision, and others warning about the impending “SJW” censorship uprising. One user complained criticism against Rape Day came from “gatekeepers who don’t play video games,” while a second called the move “disappointing.” A third argued Steam “is starting to veer towards the slippery slope [of censorship],” while a fourth claimed Rape Day shouldn’t have been banned because, “in the words of [games critic] Yahtzee, someone has to push the boundaries of good taste otherwise we wouldn’t know where the boundaries were.”

“Don’t even care about the shitty game, but this sets a horrible precedent,” one r/KotakuInAction user wrote, scoring 21 points. “Now SJWs and outrage media know that they can get anything they don’t like banned, if they collectively whine about it.”

There’s a lesson here: You can create a low-quality, shock-value game about assaulting, harassing, and killing women, and no one will care about its harmful messages until someone puts their foot down and says that it doesn’t belong on their platform. As soon as that happens, suddenly Rape Day becomes a cornerstone free speech issue. First, it’s a game about raping women, then it’s a game about dating “lolis.” The horror!

“I’ve said it before, but I think rape fetish is the next in line after lolis are dealt with,” one r/KotakuInAction user wrote. “I don’t think it’s a conspiracy by the way. It just looks like the logical next step when you look at the list of ‘indefensible’ topics.”

In the meantime, gamers interested in purchasing Rape Day should refrain from doing so and ask someone else to manage their money.