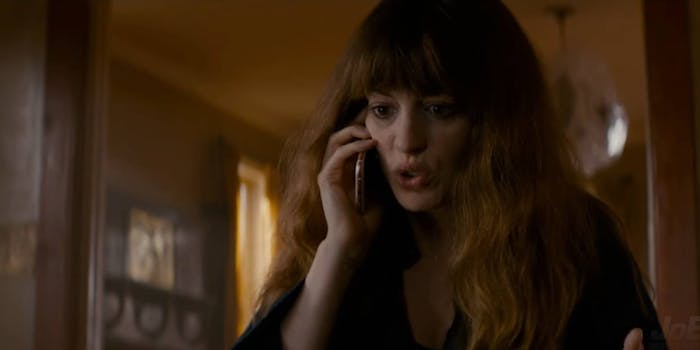 This is the strangest Godzilla movie we've seen in a while.

Hathaway stars as a woman going through a sort of quarter-life crisis after losing her job and her boyfriend. When a giant, Godzilla-like monster attacks Seoul, she gradually realizes that she and the monster have something in common. In fact, she’s actually controlling the monster, which copies her movements like a Dance Dance Revolution avatar.

After screening at film festivals last year, Colossal‘s early reviews described it as a more complex, introspective movie than the weird comedy this trailer suggests.

You can find out for yourself on April 7, when the movie is released.