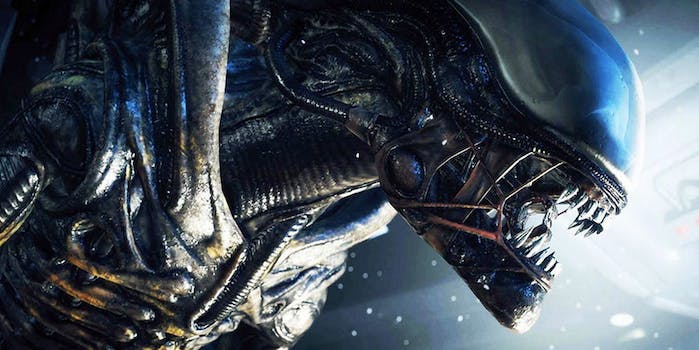 We can all agree that 'Aliens' 3 and 4 were not very good. So the sequel may just pretend they don't exist.

Neill Blomkamp‘s new Alien sequel may ignore the events of the latter two Alien movies, in order to give Sigourney Weaver’s character Ripley a more satisfying sendoff. This is basically like if J.J. Abrams had taken a look at the Star Wars prequel trilogy and said, “Nah, these movies are terrible. Let’s just pretend they didn’t happen.”

Alien 3 and Alien: Resurrection have their good points, but we doubt many fans will be sad to see them go. Alien and Aliens have enjoyed far greater popularity and critical acclaim over the years, and a direct (if belated) sequel would probably be more satisfying than trying to explore the scenario left by Alien: Resurrection.

In an interview with Sky News, Blomkamp said, “I want this film to feel like it is literally the genetic sibling of Aliens. So it’s Alien, Aliens, this movie.” He added that he thinks the series deserves a “proper ending.”

Sigourney Weaver hasn’t officially been confirmed to the film’s cast yet, but she definitely sounds interested. “I would love to take Ripley out of orbiting around in space and give a proper finish to what was such an excellent story,” she said in the same interview. “So when somebody like Neill Blomkamp suddenly said ‘well, I’m interested in finishing the story,’ my little ears perked up.”

Blomkamp and Weaver are busy promoting Blomkamp’s latest film, Chappie, so we can probably expect a few more morsels of Alien information over the next few weeks.