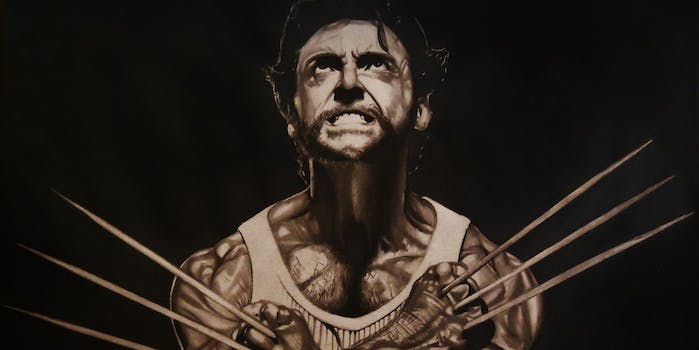 Canadians are petitioning for a life-size Wolverine statue

While Wolverine may initially seem like a quintessentially American character, anyone who has seen a picture of the adamantium-enhanced X-Man in his street clothes won’t be surprised to learn the character is actually Canadian—dude isn’t afraid to rock a denim-on-denim Canadian tuxedo on the regular.

Now, a group in Edmonton, Alberta, is working to get the city’s government to erect a statue in honor of the province’s favorite fictional son. A recent Change.org petition is pushing to get city leaders to support building the statue.

Not many popular or exciting fictional characters are born Canadian but superhero and adventurer Wolverine isn’t just Canadian, he’s an Albertan too. I think it would make a lot of people really proud to live in Edmonton and raise morale to erect a life size statue of this character in City Hall, or even perhaps Churchill Square or the Alberta Legislature Grounds. It would also become an interesting tourist attraction for comic book fans visiting our city.

The idea already has the support of one local lawmaker. “I think it’s a great idea, assuming we go about it the right approach, can’t be taxpayer dollars to fund a statue of Wolverine,” city council member Andrew Knack told CTV News. “The first reaction is, this is kind of funny. But then you realize they’re taking this very seriously.”

While Wolverine’s origin has been shrouded in mystery since the character was first introduced in a 1974 issue of The Incredible Hulk, he was always associated with Canada—initially identified as an agent of the Canadian government. A 2001-2002 series that finally showed the character’s true origin story revealed that he was born in Alberta in the late 19th century.

This isn’t the first time that a petition has circled in Edmonton to erect a monument to the superhero. A satirical petition circulated earlier this year calling for the city to put up a 1,000-foot Wolverine statue.

That petition, which was meant to mock the debate over the construction of a downtown area for the Edmonton Oilers hockey team, jokingly insisted:

It is important to build this statue because in order for Edmonton to be considered a ‘world-class’ city, we NEED a statue similar to the Eiffel Tower in Paris and the Statue of Liberty in New York City. Wolverine is arguably the most famous Albertan around the world and this statue would be a major boon for tourism in the city.

Cities building statues for fictional characters isn’t unprecedented. Earlier this year, the city of Detroit unveiled a statue of Robocop. The city of Metropolis, Ill., boasts a replica of the Man of Steel, and no visit to Philadelphia would be complete without touching gloves with a statue of Rocky.

As per city policy, a petition needs to gather a number of signatures equal to 10 percent of the city’s population in order to mandate a response from government officials. That target currently stands at about 80,000 signatures. Since the petition currently only has about 3,000, it still has a long way to go.

Luckily, Wolverine is nothing if not tenacious.