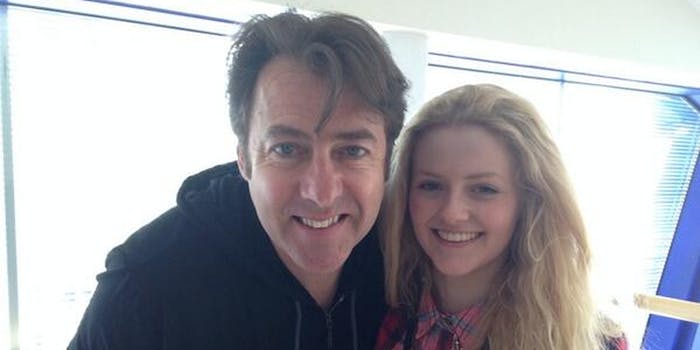 Aimee Richardson had some thoughts when it came to her character being recast in Game of Thrones.

A former Game of Thrones actress had some thoughts when it came to her character being recast in the upcoming season.

Aimee Richardson played the original Myrcella Baratheon, Cersei’s only daughter, in the show, and the character only appeared in eight episodes; she hasn’t been seen since season 2 when her character was shipped off to Dorne in “The Old Gods and the New.” But the actress, a fan of the show herself, would often tweet or Vine along with the show as her character.

In particular, a Vine showing her reaction to Joffrey’s death earlier in the fourth season showed off her sense of humor.

As rumors of season 5 casting swirled around the Internet, WinterIsComing.net learned that the English actress Nell Tiger Free would take on Myrcella next season, a similar move to the Game of Thrones change in season 4 with Tommen Baratheon’s character. At the time, Richardson offered no additional comment but told her fans to leave Free alone.

Appreciate all of your support a tremendous amount (not confirming/denying) but there’s no need to be rude to the other girl! Thank you all

The casting replacement was eventually confirmed a month later, where Free and the other eight cast members were revealed during the Game of Thrones Comic-Con panel. Richardson initially thanked fans for their support, but she waited a couple days to properly react to the news.

And, as she’s done with past Game of Thrones-related events, she made a Vine out of it.

“Well this is embarrassing,” she wrote.

And with the possibility that Arianne Martell may not make it into season 5, Richardson invited her to hang out with her and any other rejected princesses.

Oh, and Quentyn can come too.

“@BlackKraya: Can Quentyn come too? He may not be Arianne or Myrcella, but he got rejected too.” He’ll have to email http://t.co/V0Gx1cyXf2