Are you ready for the new Ghost Rider?

After three seasons of sci-fi adventures, Agents of S.H.I.E.L.D. is going in a new direction by introducing Ghost Rider, the supernatural antihero with a flaming skull for a head.

Marvel has been teasing this role since San Diego Comic Con, but now they’re finally revealing what actor Gabriel Luna looks like in costume. Pictured without the character’s trademark Dodge Charger, he’s wearing a version of the outfit seen in the comics, a leather jacket with a white rectangle design. 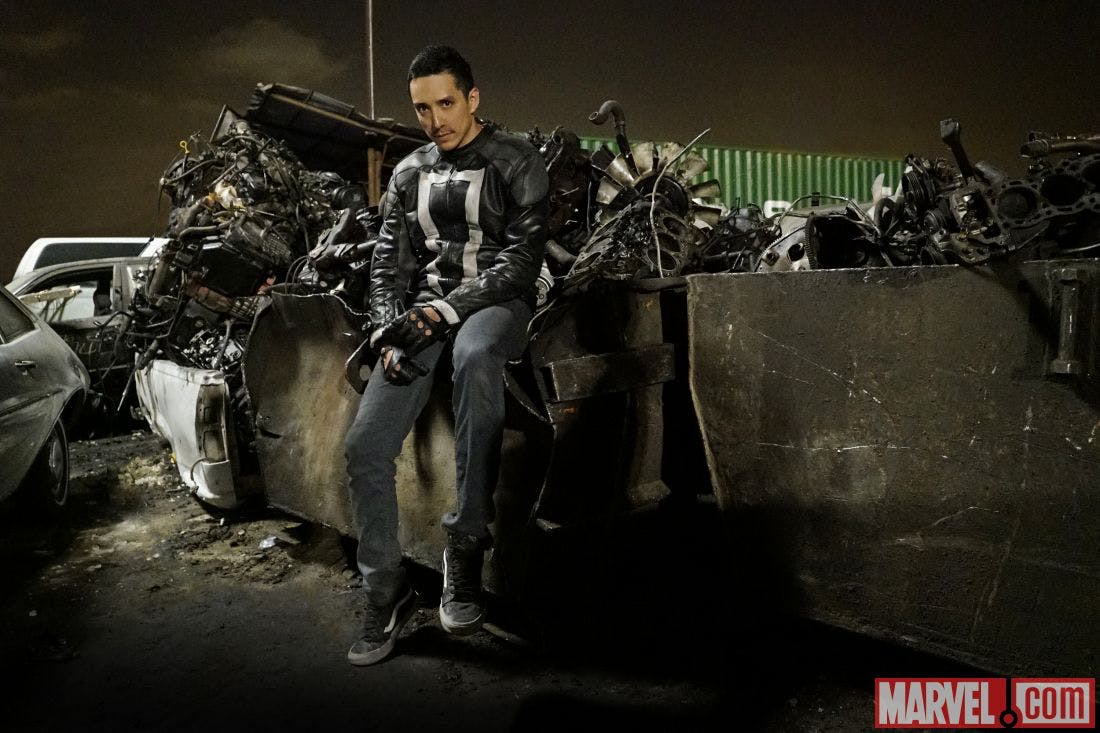 Unlike the two movies starring Nic Cage as Johnny Blaze, Agents of S.H.I.E.L.D. cast Luna as the “new” Ghost Rider, Robbie Reyes. He’s a young Los Angeles car mechanic who gains supernatural powers after being killed by local criminals, and then resurrected and possessed by a demonic spirit.

Agents of S.H.I.E.L.D. has featured some pretty wild plot twists in the past, but we’re still very curious about how Ghost Rider will be incorporated into the show’s world. Will his supernatural backstory be explained away in faux-scientific terms, or does this mark a new era for the Marvel universe, tying in with the fantasy themes of Doctor Strange?