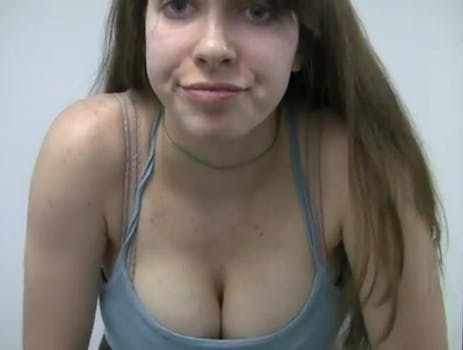 YouTubers have started a petition to put a stop to the reply girl phenomenon, and it appears that YouTube, itself, may have taken technical steps to address the issue.

The controversy over YouTube “reply girls” who post spammy video messages—an outcry the Daily Dot has dubbed “Tittiepocalypse“—intensified over the weekend, with the community uploading hundreds of videos, creating “anti-reply-girl” software, and launching other calls to action.

One YouTuber even started a petition, which is currently being passed around by prominent video creators.

But will YouTube listen? Some signs indicate that the Google-owned company is already taking action.

For those unfamiliar, the “reply girls” are roughly a dozen young ladies (along with a few robots) who make short video responses to popular videos clad in low-cut tops and push-up bras. The women make multiple videos a day, and critics have compared them to spam and accused them of stealing views and money. While response videos are a YouTube staple, critics of the reply girls say they manipulate YouTube’s related videos algorithm and violate community guidelines.

Yogscast, a video-game commentating team, brought considerable exposure to the controversy last week, and since then, thousands of others have stepped in to weigh in on the controversy. Even famous YouTubers like iJustine have tweeted, jokingly, about the issue:

“Think I’m going to become a reply girl on youtube. They are so creative! #stabsmyself”

Over the weekend, two reply girls who have been bearing the brunt of the backlash, based on their high view numbers, addressed the issue via video.

Thereplygirl, who has collected 12 million views since she began her channel in July, said in one video, “my channel will survive the flagging” and “if I stop doing the replies, I would be pleasing the haters.”

MeganSpeaks, who has collected 36 million views on her reply channel since August, mocked both thereplygirl, and Yogscast in her videos addressing the issue. She also said she stopped making response videos to Yogscast content because it was the right thing to do, and hinted in a comment that she would be moving away from reply videos in the future.

“With the recent uprising of the Anti-ReplyGirls movement, it has become apparent that YouTube users are in need of tools to combat what they consider video spam,” begins the petition, which then outlines five suggestions for combating “related videos” abuse and spam.

“The Reply Girl phenomenon is a blight on YouTube and must be removed. At the very least these tools will enable us to limit the revenue these ‘Reply Girls’ gain from exploiting YouTube users”  wrote Jack Northrop in the most-liked petition comment.

Some 2,100 people from Bulgaria to the United States had signed the petition by press time.

Along with the petition, YouTubers have been passing around today (and over the weekend) a script, that hides the reply girl videos. At press time, 600 people had downloaded the program called “Anti Replygirls.”

YouTube has been silent on the issue so far, but as TheWillofDC noted in his YouTube news show, “YouTube is obviously tinkering with something behind the scenes.”