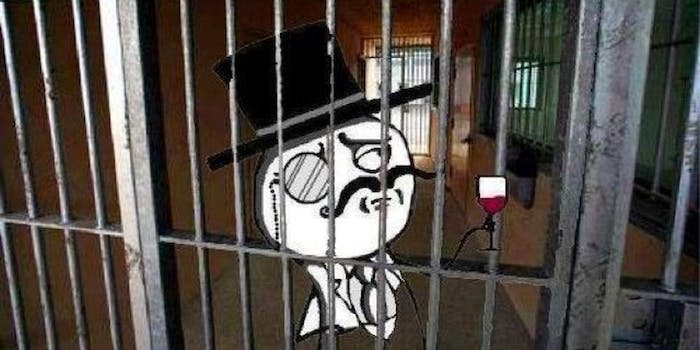 Two will go to prison, one to a juvenile facility, and one will just be on probation.

During its heyday in 2011 and an alleged resurgence in 2012, LulzSec (think LOL + security) took on a host of high profile targets like the CIA, Sony, and the U.S. Air Force. But after pseudo-leader Hector Monsegur, a.k.a. Sabu, was arrested by the FBI, he became an informant, leading to the arrest of a number of hackers.

In April, each of the four pled guilty to a range of hacking related crimes. Ryan Cleary, aka Viral, admitted to hacking the Pentagon; and Ryan Ackroyd, aka Kayla, stole data from Sony. They received a respective 16 and 15 months in prison after their sentences were reduced.

Jake Davis, a.k.a. Topiary, who said he was LulzSec’s publicist and coordinated many of their attacks, got two years in a juvenile detention facility. Mustafa Al-Bassam, a.k.a. T-Flow, who was a high schooler while he found vulnerabilities for LulzSec to target, will serve 20 months probation and 300 hours of community service.

Sabu, on the other hand, has so far avoided sentencing. His tips are believed to have led to at least Ackroyd’s and Davis’s arrest.