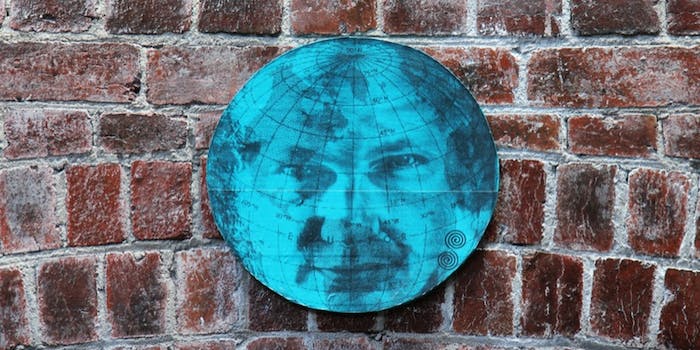 Through the Bradley Manning trial, the Edward Snowden leaks, and a new documentary, the WikiLeaks founder seems more prominent than ever.

The complex WikiLeaks founder has spent the last year living in asylum inside the Ecuadorian embassy, avoiding extradition to Sweden on sex charges and in fear of being sent on to American authorities.

And yet, Assange has dominated the news cycle as of late. He’s in the shadows of the Bradley Manning trial. He’s the focal point of a new documentary by Oscar-winning filmmaker Alex Gibney, We Steal Secrets: The Story of WikiLeaks. And he’s at the forefront of the saga of Edward Snowden, the National Security Agency (NSA) whistleblower on the run in Russia.

This week, the extent of U.S. Department of Justice’s efforts against WikiLeaks also came to a light in a series of new reports. Most notably, Herbert Snorrason, one of the group’s Icelandic contingent and the manager of its secure chat room in 2010, had his Gmail seized by American investigators, and Wired reported that the FBI convinced a WikiLeaks volunteer to become an informant for a mere $5,000.

Is all of this attention warranted?

WikiLeaks has not leaked anything for quite some time. And the last thing it did “leak” were the “Kissinger Cables,” a large collection of publicly available materials, declassified and published by the United States National Archives. There is also no apparent mechanism, as there once was, to send anonymous leaks to the organization.

Daniel Domscheit-Berg, the former WikiLeaks associate who famously and publicly left the group, said on his way out that the organization abandoned its mission in favor of protecting and promoting Assange.

For proof, one could compare the status Assange and Manning, the U.S. Army private accused of passing classified military and diplomatic documents to WikiLeaks. While it’s an exaggeration to say there would be no WikiLeaks without Manning, the organization and its leader would not have assumed the outside profile Assange currently presents to the world without Manning.

Yet the contrast between the diffident private enduring alleged abuse in his protracted confinement and facing life imprisonment and the cosmopolitan hacker entertaining celebrity visitors, accepting awards, and cowriting Spanish hip-hop is stark, if reductive. Manning’s visitors have consisted largely of his attorneys, most of whom are less newsmaking than competent, while the celebrity of Assange’s visitors, who have included director Oliver Stone, hlped validate his efforts

To many, Manning’s leaks were a precursor to those by Snowden, who made his first disclosures of the extent of the NSA’s surveillance programs to Britain’s Guardian. While WikiLeaks was not directly involved, Assange quickly stood up to praise Snowden, and the WikiLeaks organization took Snowden in hand, escorting him from Hong Kong, where he had fled, to Russia, where he apparently remains in a Moscow airport, his ultimate fate uncertain. (Ecuador was a possible destination and an asylum application for Snowden is currently under review by the government of the Latin American country.)

Security is a difficult topic to understand. Intelligence gathering, and its flipside, the leaking of secrets, are as grey as the men behind them. The stories of Assange, Manning, and Snowden are as complex and vexing as the men at the heart of them.

Regardless of his motivations, Assange is not averse to public regard, and he takes actions to intensify and duplicate the instances of that regard.

Is he a hero or a criminal?

It’s not that simple. Assange’s narrative is a spy thriller with a tabloid taint.