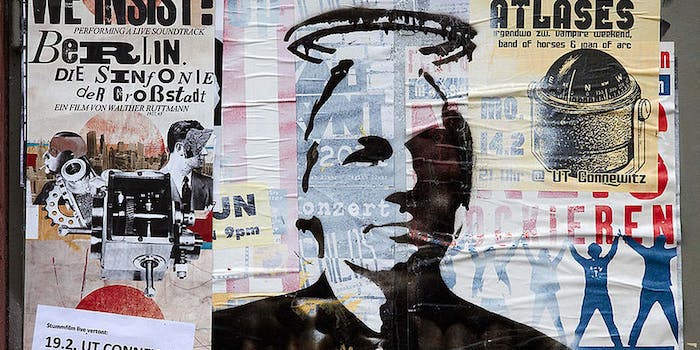 Last week a former WikiLeaks volunteer was notified by Google that the company had been compelled to hand over the contents of his Gmail account to the Department of Justice.

Icelandic activist Herbert Snorrason, who managed WikiLeaks secure chat room in 2010, received copies of four documents from Google: two “secret” orders for his information—riddled with redactions—along with two documents permitting Google to disclose those orders to him.

An October 2011 order issued from a district court in Virginia asked for the names associated with Snorrason’s account as well as the login times and IP addresses from which the account was accessed. The court justified the seizure by a 1994 amendment to the Stored Communications Act that allowed prosecutors access to non-content Internet metadata.

Snorrason was not particularly surprised by the first order: “These kinds of orders have been served on more of the people I know than I really care to think about,” he wrote on his website.

However, also enclosed was a much more invasive search warrant, demanding from Google, “the contents of all e-mails associated with [Snorrason’s] account, including stored or preserved copies of e-mails sent to and from the account, draft e-mails, deleted e-mails, emails…address books, contact and buddy lists, calendar data, pictures, and files, and including any deleted information.”

Google was only permitted to share part of the document explaining how much of Snorrasen’s information it had turned over. “It’s a safe bet that chat logs from GTalk are on the next page,” he wrote. “I’m assuming those aren’t lumped in with email, although that’s what Google’s own interface does.”

The court explained the order to Google this way: “The United States has offered specific and articulable facts showing that there are reasonable grounds to believe that the records or other information sought are relevant and material to an ongoing criminal investigation.”

What exactly those articulable facts are, it doesn’t say. Snorrason assumes they are tied to his association with WikiLeaks founder Julian Assange in 2010.

If correct, his experience stands as an example of the government’s highly criticized practice of justifying the seizure of emails, chats, videos photos, and other online content as a matter of national security.

“Because I talked to Julian Assange, all information held by Google relating to my user account with them can be handed over to U.S. prosecutors. Not just the contents of my conversations with Julian,” he wrote. “How is this reasonable?”