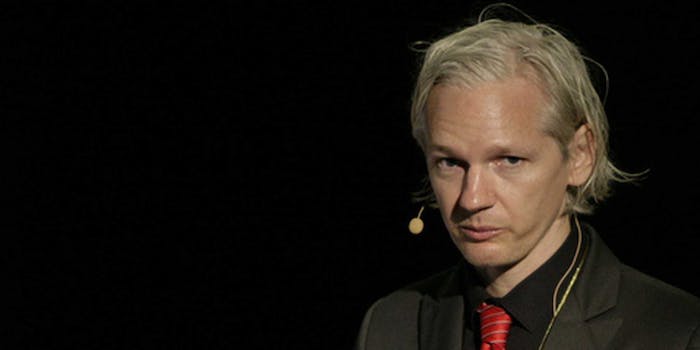 For just $5,000, the FBI bought a WikiLeaks informant

Sigurdur "Siggi" Thordarson has been called a "pathological" liar.

For just $5,000 and a few intercontinental flights, the FBI convinced a close confidante of Julian Assange and volunteer at WikiLeaks to switch sides and supply them with troves of private chat logs from the anti-secrecy organization, Wired reports.

Sigurdur “Siggi” Thordarson had only been working at WikiLeaks for a year when he approached the FBI with his offer in August 2011. It must have been a surprise for the agents, whom Wired suggests likely didn’t even know Thordarson apart from his screen name. Soon they’d flown him to the United States four times for debriefings. At the last meeting, he passed along eight hard drives including logs from WikiLeaks’ chat room and other data.

Thordarson, described by one person who knew him as a “pathological” liar, was a close confidante of Assange, and had joined the organization when he was just 17 years old in February 2010. After a staff revolt that same year, Assange promoted Thordarson to run the group’s chat logs, its point of entry for potential leakers and the press.

Thordarson’s switch to informant came two months after the FBI busted the LulzSec hacking ring. Thordarson had earlier conspired with Lulzsec to hack Iceland’s government, and he suggested to Wired that his betrayal may have had something to do with thisl: “I guess I cooperated because I didn’t want to participate in having Anonymous and Lulzsec hack for WikiLeaks, since then you’re definitely breaking quite a lot of laws.”

He then added a more plausible motivation: “The second reason was the adventure.”