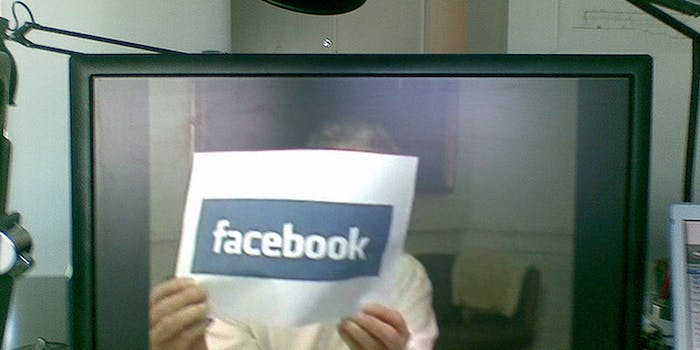 Facebook revealed is bringing back the previously discontinued photo tag suggestion feature to the United States.

The announcement came in the form of a blog post published on Facebook and Privacy, a page created by the company to provide information and updates on any policy changes. It’s worth noting that although the page has more than 1 million likes, it currently only has 8,836 people “talking about this,” a more accurate metric that reveals actual engagement and participation.

“As we announced last year, we temporarily suspended our photo tag suggestion feature to make some technical improvements,” the blog post read.

“Today, we’re re-enabling the feature in the United States so that people can use facial recognition to help them easily identify a friend in a photo and share that content with them. This is the same feature that millions of people previously used to help them quickly share billions of photos with friends and family.”

It’s also the same feature that got the company in trouble with European regulators last year. Facebook shut down that service after German officials accused the company of illegally stockpiling user’s photographs without their consent.

That’s likely the reason why they’re only reintroducing the service on this side of the Atlantic.

The announcement was met with little resistance from Facebook users. This probably has something to do with the aforementioned “talking about this” statistic. Not many subscribers are engaged with the page where the news was made, and therefore aren’t aware of the new change.

Those who did take notice were not particularly impressed.

“I DO NOT want photo recognition nor tagging,” expressed Steven Packard. “Where is the option to shut it off?”

“How can this recognizing feature be turned off?” asked Roberto Heese. “Don’t need and don’t want it!!! Why is facebook developing things no one needs and no one wants? Anyone recognize?? Facebook is not even responding to all our doubts, fears and wishes.. They don’t care about them, as much as they don’t care about privacy and data safty regulations and laws in sertain countries… What a shame…”

To answer Heese’s question regarding why Facebook is doing this, it’s because they can. Back in November 2012, the social network proposed serious changes to their governing documents that would effectively abolish their users’ right to vote on any pertinent matters. Unsurprisingly, Facebook users failed to make their voices heard.

Luckily, for those who want nothing to do with this feature—like the commenters above—the company has created a helpful guide that shows you how to disable it.