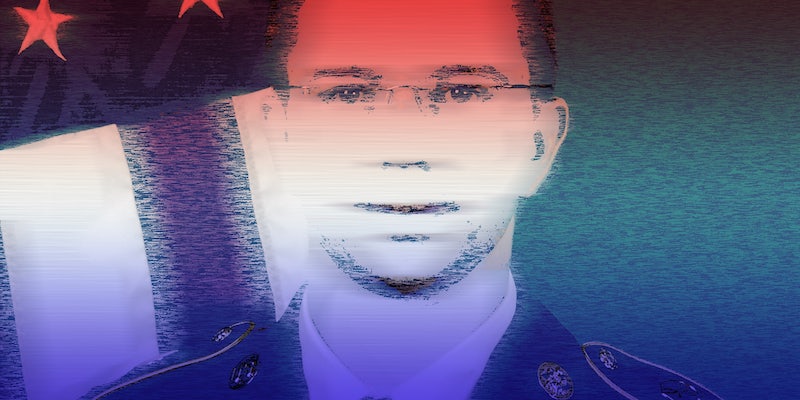 Manning sentenced to 35 years in prison

More than three years after he was arrested for leaking military secrets to Wikileaks, Bradley Manning finally knows his punishment.

Bradley Manning, the Army private who leaked troves of military secrets to whistleblowing group WikiLeaks, has been sentenced to 35 years in prison. That includes 1,294 days for mistreatment in the Quantico Bridge and time served, for a total of 31.5 years. He will also forfeit all pay and allowances he is owed, be reduced in rank to E-1, and be dishonorably discharged from the U.S. Army.

The judge, Col. Denise Lind,  announced the sentence at 10 am ET this morning. Manning elected to forego a jury trial. Manning will be eligible for parole after 10 years, in 2023, when he is 35 years old according to Army Regulation 15-130, governing the Army Clemency and Parole Board (PDF).

In the prosecution’s closing arguments to the sentencing phase, Capt. Joe Morrow said “there may not be a soldier in the history of the Army who displayed such an extreme disregard” of his duties.

Spectators were heard to gasp at the sentence but Manning remained stoic.

Defense attorney David Coombs, in his summation, called Manning “a young man capable of being redeemed. He asked the court for “a sentence that allows him to have a life.”

On July 30, the 25-year-old former Army intelligence analyst was found not guilty of the charge of aiding the enemy but guilty of 20 other charges.

After the treason charge was discounted, Manning theoretically faced up to 136 years. Subsequently, the judge reduced his possible sentence to 90 years.

The very next day, in the same Ft. Meade court, the prosecution began to make its case for that maximum sentence, arguing that Mannings’s revelations put members of the U.S. military, Afghan police, civilians and even entire villages in peril, reduced the ability of the American military to operate, and damaged the reputation of the country as a whole and the government specifically.

The prosecution rested after a week and a half of calling witnesses, who included the Naval Cmdr. Youssef Aboul-Enein of the Pentagon’s Joint Intelligence Task Force for Combating Terrorism; former head of strategic plans and policy for the U.S. Central Command, Marine Corps Maj. Gen. Kenneth McKenzie; and, in closed court, director of warfare integration, Rear Adm. Kevin Donegan, USN.

Beginning on August 12, for three days, the defense argued for leniency based on Manning’s mental health. Among the witnesses called were Capt. Casey Fulton, who recounted an episode during which Manning punched a fellow soldier, Spc. Jirleah Showman. He also flipped a table over during a counseling session, damaging computer equipment. The defense also called Msgt. Paul Adkins (ret.), who deployed Manning to Iraq, ignoring these personal issues, due to what he described as “manpower issues.”

Casey Major, Manning’s sister, told of a childhood spent with two alcoholic parents who left Manning crying in his crib as they passed out from drinking. His mother continued to drink and smoke into her third trimester and Manning was also described as having some of the symptoms of fetal alcohol syndrome.

Manning himself took the stand to apologize for his actions, saying, “I’m sorry that my actions hurt people and I’m sorry that it hurt the United States,” Manning told the judge.

“I understood what I was doing and the decision that I made. I’m sorry for the unintended consequences of my actions… When I made these decisions I believed I was going to help people, not hurt people.”

In 2010, Manning shared 700,000 documents he had downloaded from computers at Contingency Operating Station Hammer, southeast of Baghdad, Iraq, with WikiLeaks. These documents included battle videos, such as footage of the 2007 strike that killed two Reuters reporters and the 2009 Grainai strike that killed almost 150 Afghan civilians; 250,000 diplomatic cables; and 500,000 documents that included detainee assessments. These came to be known as the Iraq and Afghanistan “war logs.”

Manning was arrested at Former Operating Base Hammer near Baghdad after hacker Adrian Lamo, who had been conversing with him online, reported his theft to authorities in May of that year.

Prior to that, Manning is alleged to have suffered “pretrial punishments” at the Marine Corps Brig in Quantico, Va., carried out under Prevention of Injury status, which are said to have included solitary confinement, sleep deprivation, and being stripped of his clothing.

The defense’s case centered on WikiLeaks as a legitimate news organization. The prosecution, stressed that the organization shared no such legitimate status, but rather, was an avenue to share the information with the enemy. The prosecution asserted that Manning was a self-celebrating traitor whose intent was to share classified materials with Al Qaeda; the defense countered that he was a naive idealist who hoped to put the brakes on the military’s “bloodlust.”

Manning will serve his sentence at one of the prisons in or near Ft. Leavenworth in Kansas.

This sentence is not the end of Manning’s legal manoeuvres, however.

“We’ll move quickly to the appeals and pardon process,” Nathan Fuller of the Bradley Manning Support Network told the Daily Dot. “We’ll spend a few months lobbying (commander of Military District Washington) Maj. Gen. Buchanan to reduce Manning’s sentence, which he as the power to do.”

According to AR 15-130, “Any general court-martial convening authority with personal jurisdiction over a convicted soldier may exercise clemency.” As the “convening authority” in Manning’s court martial, Buchanan has that authority.

The next step, Fuller said, will be to “demand” a pardon from President Obama.

Regardless of those measures, Manning’s case automatically gets kicked up to the Army Court of Criminal Appeals, after which it could go to the Armed Forces Court of Appeals and then to the Supreme Court.

The story is far from finished.