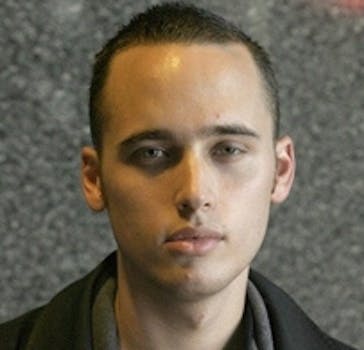 In a new op-ed for The Guardian, Lamo tells his side of the story.

Adrian Lamo still believes his reporting of Bradley Manning to the authorities was righteous, according to an op-ed for The Guardian’s Comment is free section published today.

Manning is the Army private who is alleged to have leaked secret military materials to the WikiLeaks whistle-blowing site. He has just finished his pretrial hearing and is heading for full trial in March.

Lamo met Manning online in 2010 and, after extensive conversations via instant messaging, wound up reporting him later that year, at which point Manning was arrested at Forward Operating Base Hammer, near Baghdad, where he was stationed.

Lamo has been roundly and persistently condemned by those who believe Manning’s actions were honorable.

Prior to meeting Manning, Lamo had spent some time hacking. He found his way onto the FBI’s wanted list for a hack of the New York Times.

In his occasionally difficult-to-follow essay, Lamo explains the goals of his hacking, which were, he said, altruistic—identifying and pointing up areas of insecurity whose neglect could harm its users.

“(T)he thought that we would all be better-off if the public saw them never occurred to me,” he wrote. “The public would never know how to use it safely, or be informed about its context. As a raw data dump, they literally would not have been able to handle the truth – if in fact I had any truth to give.”

And that seems to be a primary dividing line in Lamo’s mind between his actions and that of Manning. Lamo, in acting as a confidante of Manning, was, he said, “faced with the choice between interdicting the freedom of the man in the IM window, or gambling that no part of literally hundreds of thousands of classified documents would intersect harmfully with the life of any person affected by their contents.”

He chose the latter.

Lamo is a complex figure, or perhaps more accurately, he has been made complicated, turned into the fulcrum on which a hundred arguments turn. He is motivated, some say, by egotism, by mental illness, by cowardice. Others claim he is motivated by the patriotism of a first-generation American, by the zeal of a reformed sinner. He seems at times a kind of vector or medium, the Schrodinger’s cat of hacking. This is amplified by an apparent difficulty in either conceiving clear arguments or in expressing them.

But a logical place to start when it comes to Lamo’s rationale are his own words, however messy they may be. Manning allegedly made public information that could kill people. According to Lamo, who confirmed this with the Daily Dot, that was the line that, when crossed, could not be uncrossed.