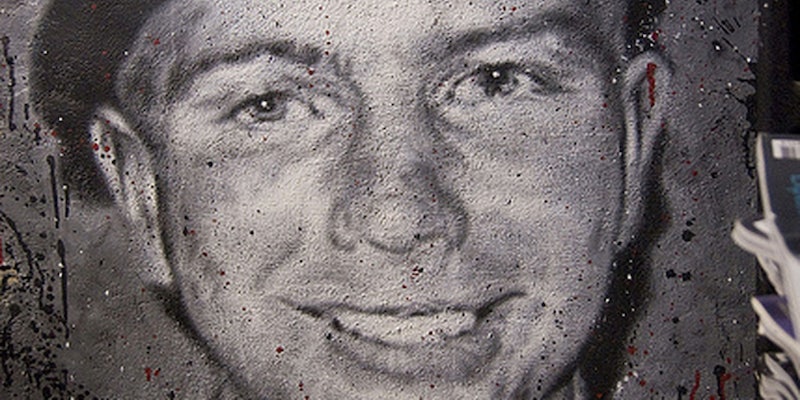 Here’s what comes next for Bradley Manning

Depending on his sentence, the WikiLeaks whistleblower still has the possibility of parole or clemency.

At 1:00 p.m ET Tuesday afternoon at Ft. Meade Army Base, Judge Col. Denise Lind found Pfc. Bradley Manning not guilty of the most serious charge he faced for leaking classified information to WikiLeaks, aiding the enemy. Manning was also acquitted of another Espionage Act charge related to releasing a video of a U.S. airstrike on Afghanistan’s Garani airport.

He was found guilty of 20 other charges, however, including “lesser included offenses” (LIO) to which he had already pled guilty. He faces a possible maximum sentence of 136 years in prison.

Alexa O’Brien, who has painstakingly covered every aspect of the trial, created court transcripts and searchable data sets for the trial, tweeted the verdict.

We’ve compiled all the charges against Manning and their outcomes below, based on the Army’s original charging documents and the official announcement of the verdict.

If Manning is sentenced to the maximum time allowed for each offense, he would not be eligible for parole by the Army Clemency and Parole Board for 45 years and four months, under section Chapter 3, Section 1 of Army Regulation 15-130 (PDF).

Those sentenced under Army law are eligible for parole once “(t)he prisoner has served one-third of the term of confinement.”

Prisoners are eligible for clemency, however, after a much shorter time. If Manning is sentenced to the full ride, he will still be eligible after only five years.

Like in the civilian penal system, parole consideration in the military system is automatic once a prisoner has achieved eligible status. Clemency is rarer. But who knows what might happen post-sentencing in the political climate? Should it change, the Secretary of the Army could elect to award Manning clemency.

When it comes to sentencing, not only will the cases the prosecution and defense make influence Lind’s decision, but Lind herself has latitude. As David Frakt, a visiting professor of military law at the University of Pittsburgh, told the Huffington Post, “There is an enormous amount of discretion on the sentence. There are no mandatory minimums … and there are no guidelines of any kind.”

Character counts for more in military courts than in civilian ones. This may not help Manning one bit, but it is an X-factor. Lind may elect to allow Manning to serve concurrent sentences, especially on the 10 year maximum verdicts, instead of consecutive ones. Again, there is no obvious reason to expect her to, but it is within her discretion.

Additionally, the officer who convened the court martial in the first place, Maj. Gen. Jeffrey Buchanan of the U.S. Army’s Military District of Washington, can lower any sentence handed out by Lind and even overturn a guilty verdict on any of the charges.

Any sentence handed out will be reduced by four months, as per an earlier ruling by Lind, due to Manning’s treatment at the Marine Brig in Quantico.

The sentencing phase of the trial begins Wednesday morning at Ft. Meade Army Base in Maryland.