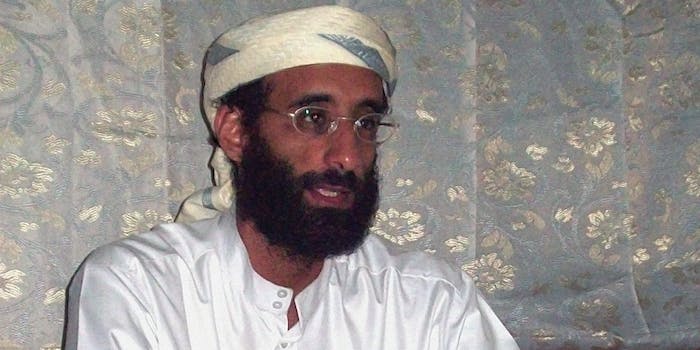 Anwar al-Awlaki's videos have remained popular, even after his death.

Thousands of videos from Anwar al-Awlaki have been removed from YouTube.

A search on Monday morning for the extremist cleric’s name now shows 18,300 results, down from a reported 70,000 last year. The New York Times report from Sunday clocked 18,800 results, which shows that the number continues to fall. The top videos are now about Awlaki, instead of propaganda videos from him.

The American-born Awlaki, who died in a U.S. drone strike in Yemen in 2011, remained an influential voice for Islamic extremists online, even more so after his death. His radical message was reportedly influential in attacks on the Boston Marathon, in Fort Hood, San Bernardino, and Orlando.

The removal of his videos is a major step forward for YouTube, which has struggled to contain hate speech and extremist content on the site—and seen advertisers leave as a result. In June, Google, which owns YouTube, published next steps for combatting radical content, including expanding machine learning to differentiate between news items and terrorist videos, and removing videos that contain “inflammatory religious or supremacist content.”

YouTube first vowed to remove Awlaki’s videos in 2010, but the Times reports that his video “Call to Jihad” was still available until 2016. This comes after news that Facebook admittedly knew Russia was using the platform to influence the 2016 election.