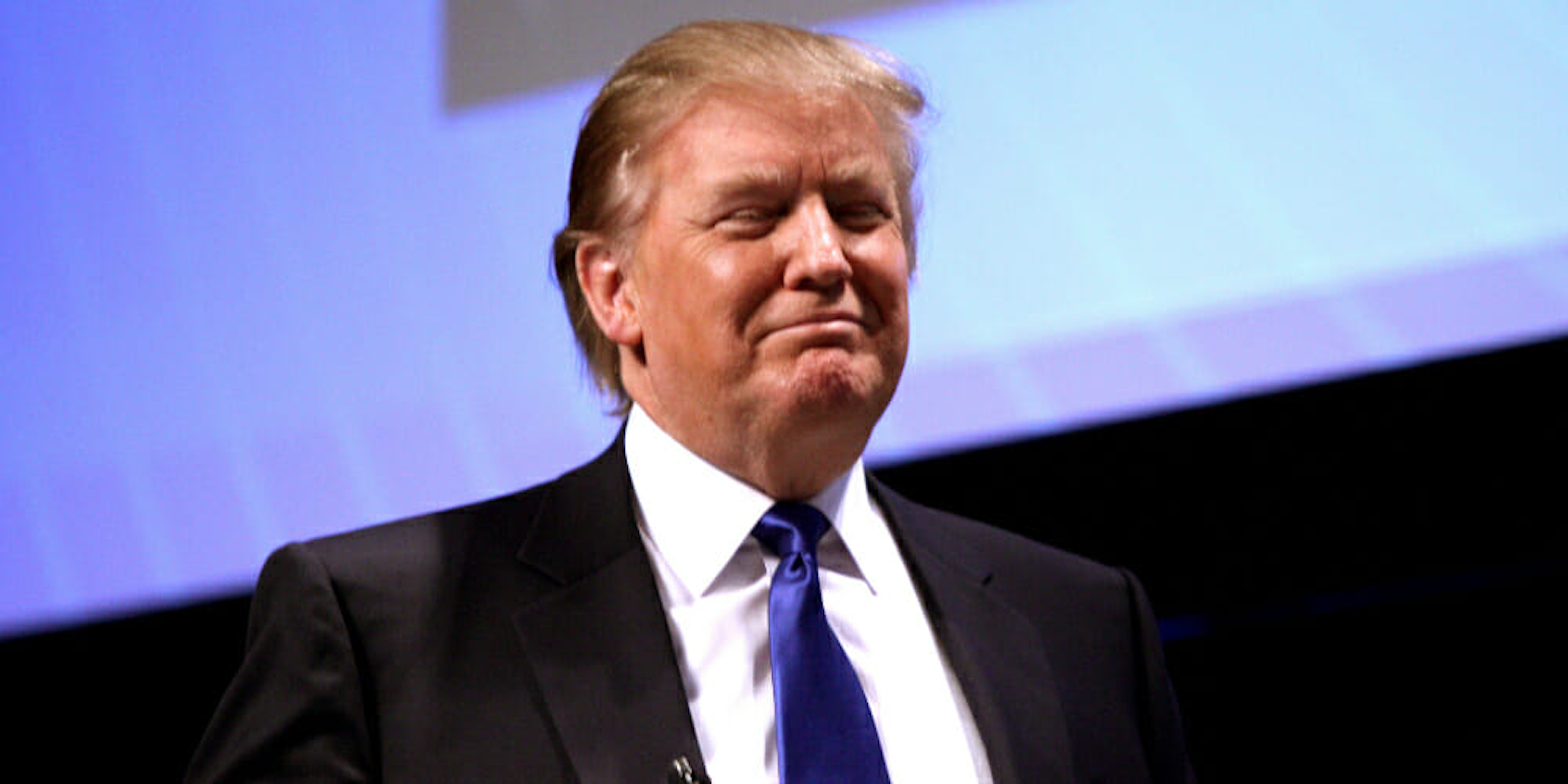 The company announced Monday that Trump is banned from using its services, indefinitely, in a press release.

Brandon Wade, “CEO of the world’s largest sugar daddy dating site,” wrote that the decision was made on the grounds that both he and SeekingArrangement do not view Trump as a “real sugar daddy.”

SeekingArrangement is a service used to “facilitate open and honest relationships for its 20 million members worldwide.” The two parties typically involved in these relationships are young women and older, well-off men. Despite the release noting that Trump’s net worth recently surpassed $3 billion, the president’s financial status doesn’t seem to be what disqualifies him from sugar daddy status.

“Trump, we’re not sure whose America you want to make great again, but it isn’t ours. There is no room for men like you on our site,” Wade wrote in the statement. “I want men on our site who are truly successful in business and in life, and who have an overall appreciation and respect for women.”

To add insult to injury, SeekingArrangement has also extended a lifetime premium membership to First Lady Melania Trump for “when she decides to upgrade to a real sugar daddy who will appreciate her while also maintaining her expensive lifestyle.”

This is not the first time SeekingArrangement has sought to make a big publicity move. The website also offered both Jeff and Mackenzie Bezos a lifetime membership after the couple split up in April.

This move also comes shortly after Wade revealed his plans to set up “Fight Against Poverty,” a charity to help those affected by new anti-abortion laws in Republican states. The charity is set to help pay for women and their families to travel to neighboring states if they need to get an abortion but can’t afford to fund it themselves.