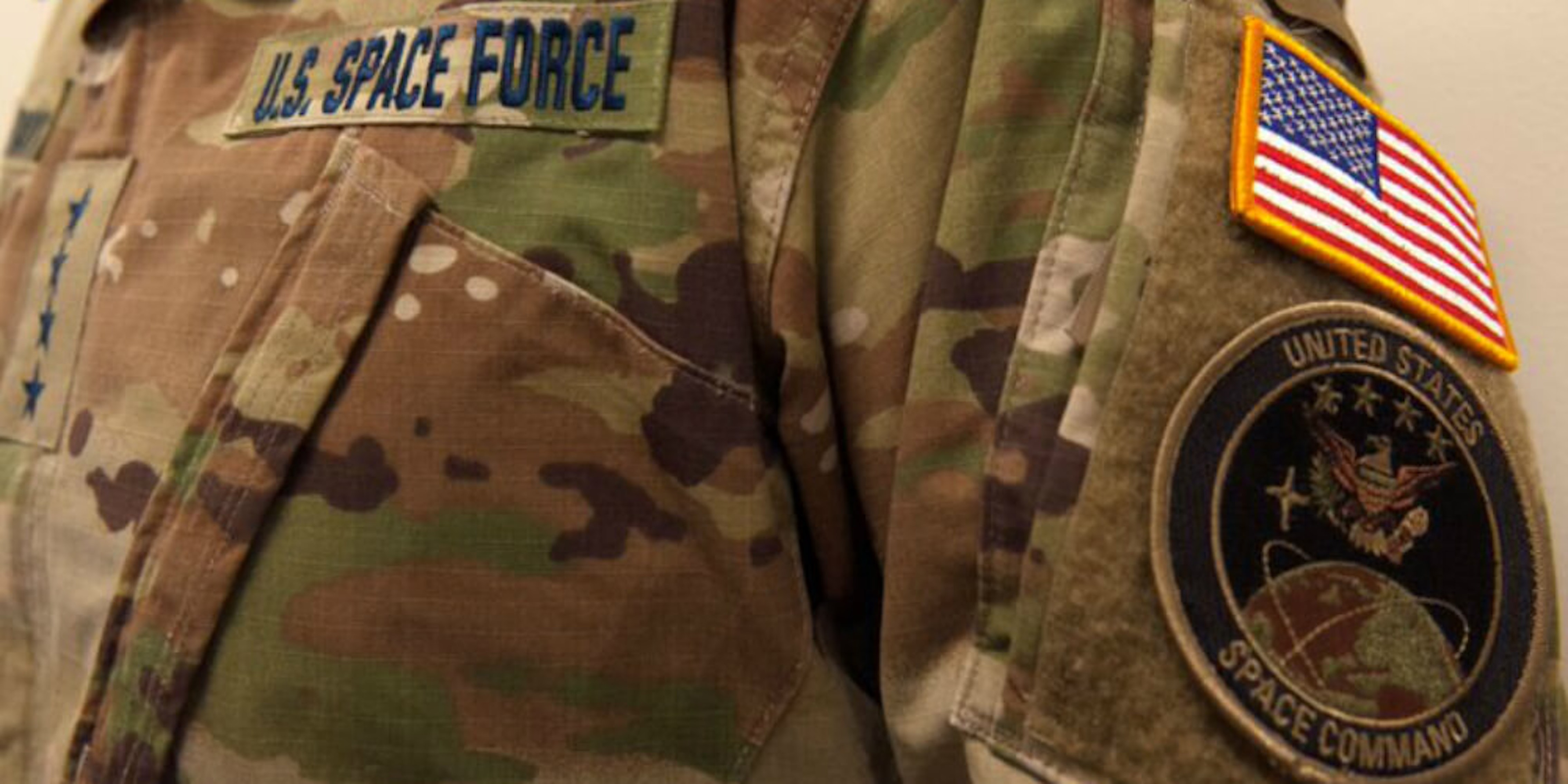 The first look at the uniforms is here.

“The first #SpaceForce utility uniform nametapes have touched down in the
Pentagon,” the Space Force tweeted, along with a photo of a Battle Dress Uniform (BDU) for a four-star general. The uniform is woodland-patterned camouflage, and the sleeve has both an American flag and a United States Space Command patch on it. The official uniform makes the Space Force the eighth uniformed service in the U.S.

Many are confused by the apparent uselessness of a woodland-patterned camouflage Space Force uniform and are suggesting that true camouflage for the Space Force would look, well, space-like.

Shouldn't space force camo be black with little stars on it? https://t.co/5xWRbRoiR4

Another Twitter user shared a photo of themselves in space cat leggings and said they were better dressed for the space force.

I’m dressed better for Space Force than this and I’m wearing $10 leggings from Target https://t.co/gG9k1UoYwr pic.twitter.com/HAjiIyP3iM

Trump’s Space Force troops wearing camo in space is perhaps the strongest evidence yet that Idiocracy is a documentary https://t.co/WG1Yo7fAIb

Don't you think something like this would be better camouflage? pic.twitter.com/hJqRka9rUC

gonna sell my cool space camo design to the space force for a billion dollars pic.twitter.com/gi0gRpakyQ

“You gonna be hiding behind a fucking space bush or something?” Twitter user @PostCultRev questioned.

You gonna be hiding behind a fucking space bush or something? https://t.co/XLJZWzhyhI

Gotta say, I'm a little disappointed with the camo. And considering your leader, this is probably more on point. pic.twitter.com/aw4q9KT1MP

People are so confused that the Space Force had to issue an explanation.

“USSF is utilizing current Army/Air Force uniforms, saving costs of designing/producing a new one. Members will look like their joint counterparts they’ll be working with, on the ground,” the Space Force wrote in response to one user who questioned, “Camo in space? WTF?”

Members will look like their joint counterparts they’ll be working with, on the ground.

Nevertheless, the uniforms are drawing a slew of comparisons to the battle on the fictional forest moon, Endor, which takes place in Return of the Jedi.

*sees Endor is trending*
Oh cool
*sees it's about the U.S. space force costumes looking like the FOREST MOON OF ENDOR and not actually endor* pic.twitter.com/03jtTZqw4O

People are mocking the Pentagon's new camo Space Force uniforms as if the Battle of Endor never happened pic.twitter.com/jqtCVtJdvu

With this woodland camo, the Space Force is ready to take the fight to the forest moon of Endor. https://t.co/seQKB00qhR

Say what you will about the new space force camouflage, but when the Space Force deploys to Endor they’ll be the ones laughing. https://t.co/66TT4b7Esy