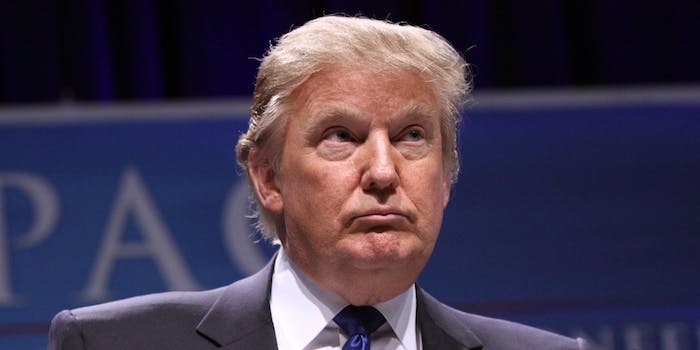 The president has been adamant about the Space Force.

It appears that President Donald Trump’s dream of a separate branch of the military focused on space may not become a reality.

Defense One reports that memos show that the Pentagon is exploring numerous ideas regarding the “Space Force,” including one that would make some sort of space-focused unit that would operate under the Air Force, as opposed to a new, sixth branch of the military.

The idea to seek alternative plans for the “Space Force” was confirmed to ABC News by an official. The president has been adamant about the creation of a Space Force—and has led to numerous people mocking the idea. Even Mark Kelly, a retired NASA astronaut, wasn’t fond of the idea, calling it “dumb.”

Defense One reports that an October memo from the White House to the Pentagon asks for an “analysis and recommendations to the President on the optimal organizational construct to meet his intent.” This includes, according to the memo, having the Space Force serve under the Air Force.

Here’s how Defense One described the options being explored:

The reason for exploring the option of not creating a sixth branch of the military is that it’s not clear whether or not Congress would approve such a move, according to the news outlet.

You can read all of Defense One’s report here.