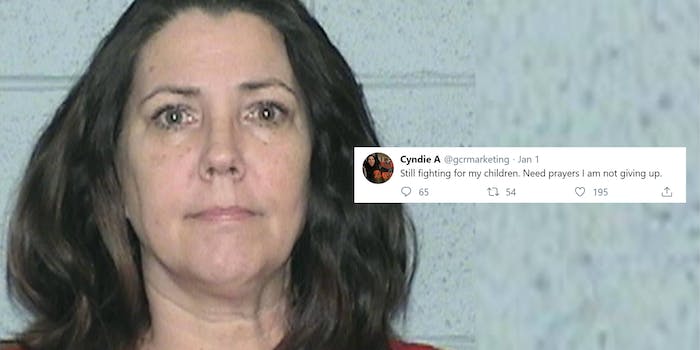 QAnon followers thought the child was being held by a pedophile 'cabal.'

According to police in Denver, a woman was arrested in Montana over plans to kidnap her child, who she believed was being held by a cabal of pedophiles, perhaps inspired by her belief in the QAnon conspiracy theory.

The QAnon conspiracy has developed a number of loyal followers in the two years since it began, with a single anonymous poster convincing people online that President Donald Trump is secretly working to root out Democratic pedophiles hidden within the deep state.

Police say they broke up QAnon plot to kidnap a child in Denver's suburbs. An arrest affidavit outlines a plan for a QAnon "raid" to seize the child from what believers think is a Satanic pedophilia cabal of Democratic politicians and Hollywood stars. #9NEWS #copolitics

According to Kyle Clark, an anchor for Channel 9 News in Denver, Cynthia Acbug was arrested for trying to kidnap her child, who she did not have custody of. At the time, Acbug was living in Montana with a man she described as a QAnon sniper.

Police said that Acbug expected people to be injured when her and other QAnon believers conducted a raid to free the child.

An arrest affidavit says Abcug was living in Parker with a man she identified as a QAnon "sniper" and had told someone that she expected there would be injuries when QAnon believers carried out the "raid" to seize the child. pic.twitter.com/q5wF6GVxqg

Acbug’s child had been with Child Protective Services since at least June of this year. Denver Police said that Acbug claimed the child was being held by “Satan worshippers.”

Abcug said child was with "evil Satan worshippers" and "pedophiles," according to an arrest affidavit. QAnon is a conspiracy theory that claims President Donald Trump is engaged in a secret war against a global child trafficking ring of prominent Democrats and celebrities.

Friends of Acbug previously tweeted pleas to Trump, claiming that the child was being held in a system “rife with human traffickers.”

According to Denver News 9, Acbug has currently been released on bond and has a court date set for February.