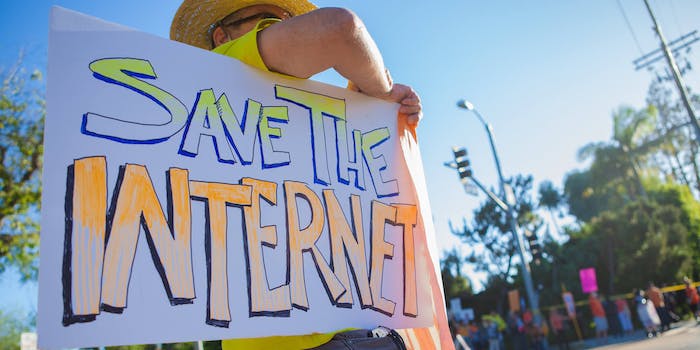 The court released its decision in October.

Several net neutrality advocacy organizations and technology companies on Friday filed petitions asking for a federal court to reconsider a decision it made earlier this year regarding a challenge to the Federal Communication Commission’s (FCC) repeal of the rules in 2017.

In October, the United States Court of Appeals District of Columbia Circuit released its much-anticipated decision stemming from Mozilla Corporation v. FCC. The panel of three judges largely upheld the FCC’s repeal of net neutrality but vacated a portion of it that blocked states from enacting their own laws.

On Friday, a number of organizations announced that they had filed petitions asking the court to reconsider its decision. One petition was filed by Mozilla, Etsy, Incompas, Vimeo, and the Ad Hoc Telecom Users Committee; a second was filed by New America’s Open Technology Institute, Free Press Action, Public Knowledge, the Center for Democracy & Technology, the Benton Institute for Broadband & Society, the Computer and Communications Industry Association, and the National Association of State Utility Consumer Advocates. A third petition was filed by the National Hispanic Media Coalition.

Mozilla said the petitions “explain why we believe the Court can in fact overturn the FCC’s new treatment of broadband service despite some of the deciding judges’ belief that Supreme Court precedent prevents rejection of what they consider a nonsensical outcome.”

Matt Wood, the vice president of policy and general counsel at Free Press, echoed those sentiments.

“The D.C. Circuit’s first decision on the Pai repeal was an unusual opinion, adopted by all three judges on the panel, but filled with obvious tensions between the ways individual judges saw the facts. So even as the court unanimously but anonymously upheld the agency’s decision on the slimmest of margins, Judge Millett wrote a brilliant concurring opinion that explained just how flimsy and outdated the FCC’s claims were,” Wood said in a statement. “Our petition for rehearing today shows that the court didn’t need to defer to the FCC’s judgments on Title II and the proper legal definition for broadband internet access service. It also notes the fatal procedural flaws behind the legal authority claims the FCC used for the remnants of its transparency rules.”

The deadline for the petitions to be filed was today, according to Multichannel News.

The FCC did not immediately respond to a request for comment from the Daily Dot. We’ll update this story if we hear back.