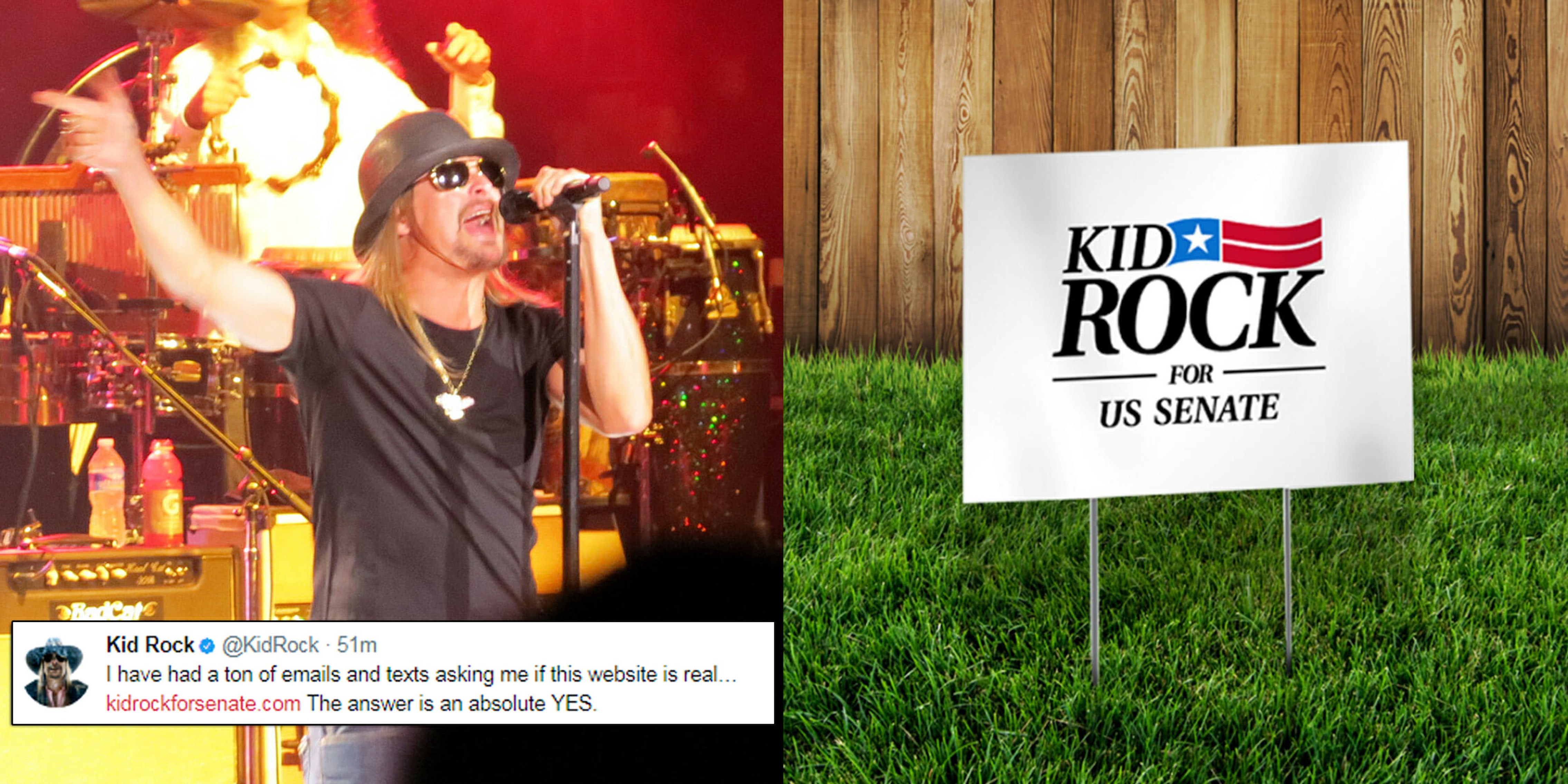 It looks like another celebrity is making a run at becoming a bigwig in Washington—except this time it’s not for the presidency.

Kid Rock, or as you’d see him on a ballot “Bob Ritchie,” announced on Twitter on Wednesday that the website kidrockforsenate.com is real.

I have had a ton of emails and texts asking me if this website is real… https://t.co/RRVgISDFeq The answer is an absolute YES. pic.twitter.com/uYCUg6mjW1

Stay tuned, I will have a major announcement in the near future – Kid Rock

Kid Rock is an ardent supporter of President Donald Trump and even visited the Oval Office with former vice presidential candidate Sarah Palin and Ted Nugent.

The website, which still needs to be completed with the usual “about” page and a list of how Ritchie feels about particular policies, only has a scant few things up as of Wednesday evening.

There is the obligatory “subscribe for email updates,” an option to buy “Kid Rock For U.S. Senate” T-shirts, hats and stickers, and a square that scrolls through what appears to be several slogan ideas for the campaign including:

The tagline on the site reads: “ARE YOU SCARED?”

We’ll let that speak for itself.

In case you were wondering, Ritchie would represent his home state of Michigan.

Update 6:21pm CT, July 13: Ritchie said in a Facebook statement on Thursday that he’s apparently not planning to run, though he did not close the door on a possible bid. Read his full statement below:

Once again the press is wrong. First of all, I’ve got 15 days from my announcement to file paperwork with the FEC!…