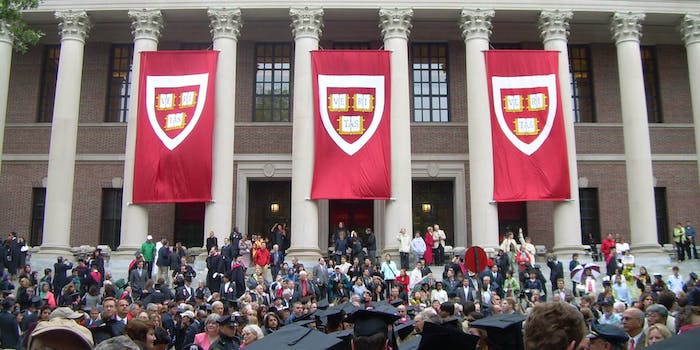 The incoming freshman was held for hours at a Boston airport, according to a report.

A Palestinian resident of Lebanon and incoming freshman at Harvard University had his visa revoked and was deported after immigration officials searched his phone and computer, according to a new report.

The Harvard Crimson, the student newspaper for the university, reports that Ismail B. Ajjawi was deported on Friday night after immigration officials held him at Boston Logan International Airport for around eight hours.

Ajjawi told the paper that immigration officers asked him about his religion and searched his phone and laptop for five hours. They then asked him about posts his friends made on social media.

When questioned about them, Ajjawi alleges that he told the officials he did not write any of the posts in question.

“I responded that I have no business with such posts and that I didn’t like, [s]hare or comment on them and told her that I shouldn’t be held responsible for what others post,” Ajjawi told the Crimson. “I have no single post on my timeline discussing politics.”

The university is trying to settle the matter before classes begin next week, according to the newspaper.

You can read all of the Harvard Crimson report here.