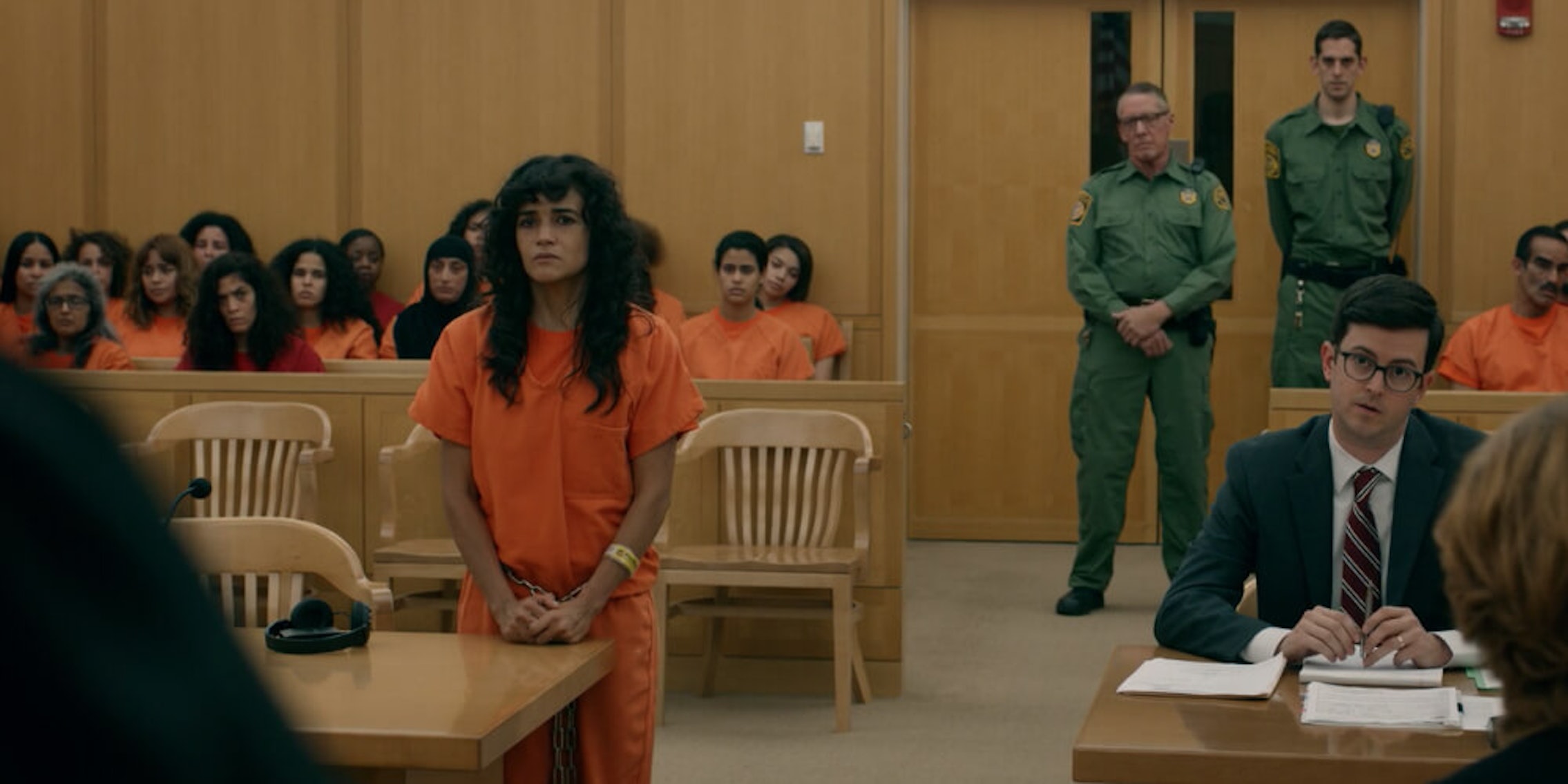 'OITNB' cast and crew sent a letter to the acting ICE director, demanding that the hotline be restored.

U.S. Immigration and Customs Enforcement (ICE) has reportedly cut the cord on a hotline for immigrants after it was prominently featured in Orange Is the New Black.

OITNB’s final season took a deep dive into the U.S. immigration season. One of OITNB’s main character’s Martiza Ramos (Diane Guerrero) finds herself in an immigrant detention center, as she was unknowingly born in Colombia. With the help of her former Litchfield inmate friends, Ramos gets her hands on a toll-free (and real) hotline to get a free legal counsel.

Gloria Mendoza (Selenis Leyva) urges Ramos to be careful with the number because “Apparently if they figure out that you’re using the hotline, ‘big brother’ shuts it down.” After seeing other immigrants in similarily desperate situations, Ramos proceeds to secretly hand out the number on little pieces of paper.

About two weeks after being featured in the series, “big brother” allegedly did shut it down. Freedom for Immigrants, the California-based advocacy group behind the number, has sent ICE a cease-and-desist letter.

“ICE is attempting to silence its critics and block people in immigration detention from connecting with communities on the outside. It’s disappointing but not unexpected that Trump’s ICE would engage in such cruel and undemocratic behavior,” Christina Fialho, the co-founder and executive director of Freedom for immigrants, said in a statement to the Daily Dot.

#ICE shut down our Hotline in retaliation for our work with #OITNB – The is a clear violation of our 1st
Am rights. Thanks to @ttobie @viccimartinez @emilytarver
@dianexguerrero @mslauragomez @alysiareiner and @officialbethdover for joining over 120 orgs to support restoring it! pic.twitter.com/J7PHpOlGQk

The hotline had been a resource for immigrants in detention centers since 2013.

“The National Hotline is a crucial resource for people in immigration detention. It is concerning that ICE’s response to criticism is to block avenues of free and safe communication” Cynthia M. Galaz, Freedom for Immigrants’ national hotline director, said in a statement to the Daily Dot.

“We understand that the termination of Freedom for Immigrants’ hotline comes just weeks after
being featured in the popular Netflix show Orange is the New Black, and receiving massive attention to the organization’s work documenting abusive and neglectful conditions at immigration detention centers,” the letter reads. “The line’s termination undermines trust and accountability of government institutions, dissuades public service by community organizations, and further isolates vulnerable detained individuals.”

This article has been updated to include statements from Christina Fialho and Cynthia M. Galaz with Freedom for Immigrants.