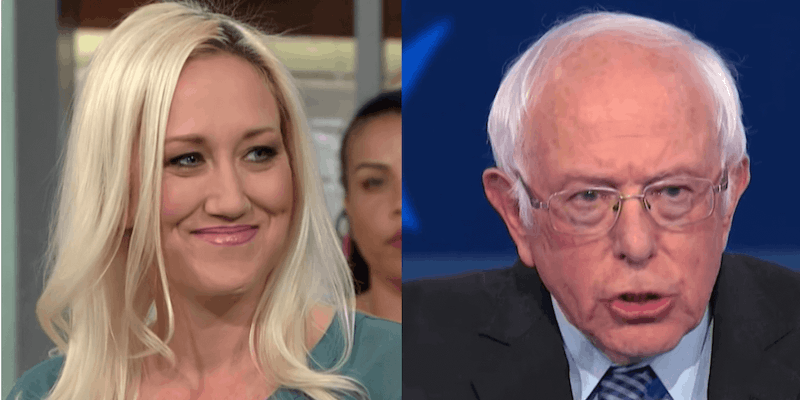 Tasha Reign, Sydney Leathers, and Alana Evans have all voiced who they are voting for in the 2020 primary.

Tasha Reign, whose legal name is Rachel Swimmer, said she endorses Warren for president because she wants to see a woman in office. Also, Warren has recently backed the SAFE Sex Workers Study Act.

“She has a vagina. I want a fucking woman president. How archaic is America that we’ve never had a woman president? It’s beyond upsetting to me. I also like what Elizabeth stands for. She’s pro-sex-workers’ rights. That’s all I need to know,” Reign told the Daily Beast.

Reign retweeted a tweet that exemplifies her position on sex worker’s rights.

“If you hear someone saying cruel things about sex workers, do the right thing. Defend & humanize us. Everyone has the power to change a mind with the right language,” @VioletDoll tweeted.

One of them is adult actress Sydney Leathers. She says she’s tired of people discrediting her opinions because of her line of work.

Leathers has joined the vast majority of Twitter that has memed the 2020 primaries. She posted a meme of several candidates with different grade vibrators. Sanders at the top with a Hitachi Magic Wand. Former New York City Mayor Michael Bloomberg was at the bottom with a clothing hanger.

“I’m supporting Bernie because healthcare is my biggest issue as a voter and he’s the person with the best plan,” Leathers told the Daily Beast. “I also believe he has the most motivated base, and the best chance of beating Trump.”

Alana Evans is also behind Sanders for similar reasons. As the President of the Adult Performers Actors Guild, Evans has advocated for sex workers like herself.

She’s behind the petition to stop a California bill that would require all sex adult performers to be licensed and trained. In addition, the bill requires workers to complete fingerprints for criminal records checks.