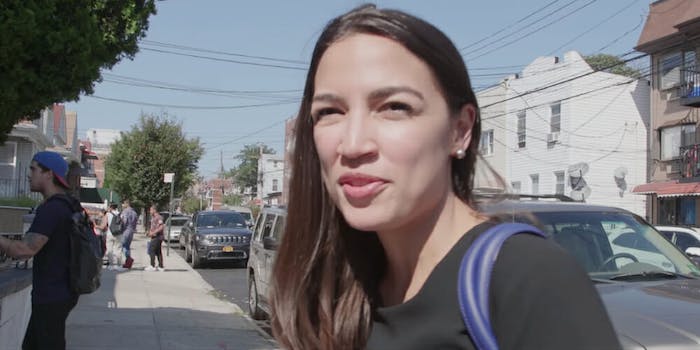 Ocasio-Cortez says she gave up Facebook for her health

Rep. Alexandria Ocasio-Cortez (D-N.Y.) is cutting back on social media due to health reasons and warning of the detrimental effects it can have on everybody, according to the New York Post.

The move is big as Ocasio-Cortez, like any good millennial, is known for being social media savvy. She did much of her 2018 Congressional campaigning on various social media platforms, mainly Facebook.

“I personally gave up Facebook, which was kind of a big deal because I started my campaign on Facebook. And Facebook was my primary digital organizing tool for a very long time,” Ocasio-Cortez said on the Yahoo podcast “Skullduggery” Sunday.

She also said she started to impose “little rules” on herself regarding her social media use. One of those rules is that she now takes weekend breaks from social media, namely Twitter.

“I take the weekends off,” Ocasio-Cortez said. “And so I’m not, like, scrolling through trying to read everything online that journalists are writing on weekends. I try to do that during the workweek.”

Oscasio-Cortez, who said she personally writes all of her posts, also spoke about the negative, health-related impacts social media use can have on a user.