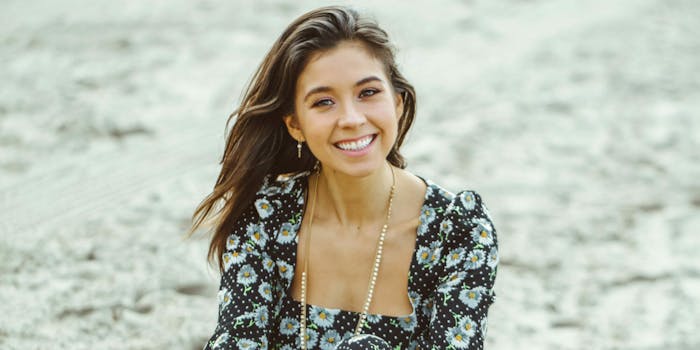 The vegan YouTuber shocked the world last month when she was caught eating fish.

Yovana Mendoza Ayres was a health influencer with a colossal following—a captive audience of some 1.3 million Instagram followers alone, who hit the “like” button again and again on photos of colorful fruit, gorgeous vegan recipes, and the woman herself. Then she ran into an internet buzzsaw.

At 29, Ayres has made a name for herself in a particular corner of the platform. The message is simple: Food is medicine, and a plant-based diet is how you thrive. (That she is beautiful and petite, with glowing skin, shiny hair, and clear brown eyes, only serves to reinforce that mantra.)

But in early March, when Facebook and Instagram were down, Ayres sat, waiting to be able to reach those followers again. When the blackout ended, she posted a video of herself making a Mexican baked potato to her Instagram account. Instead of the ordinary heart emoji, mean comments began to first trickle, and then pour, in: There was a “leaked” video of the vocal vegan eating fish, and she had some explaining to do.

“I went to YouTube and found the video, and I knew exactly what they were talking about,” she told the Daily Dot.

The video showed Ayres at a meal with friends. When the camera panned to her, she appeared to have a plate of fish in front of her. In a 33-minute response video, Ayres told followers that she had changed her diet for health reasons, to one recommended by her doctor.

The backlash was swift. Her Instagram was flooded with negative comments. Many accused her of being a liar, while others suggested she was “selling an image and diet just for the money.”

“During that time that I posted that video there was a lot of things going on,” Ayres explained. “A lot of, I guess, negative feedback coming. I did feel a little bit of stress.”

But the stress from the comments didn’t outweigh the stress she had for the past eight months, struggling with health problems that depleted her energy and left her unable to eat without her stomach hurting.

After a meeting with her physician, where they performed a stress test, and a few months of waiting for results, she was diagnosed with small intestinal bacterial overgrowth (SIBO). She and her doctor determined she needed to add animal protein to her diet.

“When I received the results, it was a confirmation for me that I did have SIBO and I needed to make a decision,” Ayres explained. “I could either keep eating the plant-based diet that was no longer working for me in that moment, and continue feeling sick, or change my diet and possibly feel better. So that’s what I did. That was the breaking point.”

She took charge of her health and slowly began adding animal protein to her diet. First, she had eggs. A week later, she added fish to the equation.

“It took me about a month where I wasn’t very consistent with the SIBO diet,” she said. “Because it was just hard for me to just eat eggs and fish, and I would start to go back to my plant-based diet, then I’d start having digestive issues again.”

Once she had got into the swing of the non-vegan diet, however, she said her digestive symptoms subsided and the inflammation and bloat ceased. She had energy and mental clarity once again—precisely the goals of many attracted to the vegan diet she had promoted online.

“Even my husband notices it because I was always complaining about my stomach,” she added.

With the change in diet, she was beginning to feel better, but her Instagram brand did not reflect her new lifestyle. She continued to post photos and promote a plant-based diet. She also launched her new “21 Day Raw Vegan Detox and Yoga Challenge,” a raw food and low-calorie diet that she wasn’t following herself, despite how it looked on Instagram.

“I was going to tell [my followers] when I was ready,” Ayres said.

But the now-infamous video circulated before she had the chance. While she told the Daily Beast shortly after that the incident was “one of the worst days of my life,” Ayers told the Daily Dot she’s actually thankful for the surprise outing.

“I believe everything happens for a reason. Although my plan was to share it when I felt ready,” she said, “I think that it’s even better because people will get to see me through an even deeper process.”

A new thought process on health is exactly what Ayres is experiencing right now. Her health issues have opened her eyes even more to what it means to be healthy, and how health isn’t one-size-fits-all.

“You have to adapt and you have to make adjustments in order to maintain your health,” Ayres points out. “I think that’s the message I want to communicate to people.”

And while she said she still believes in the value of a plant-based diet, it might not be “the right thing for everyone at all times.”

She adds: “I’m widening my scope to help others become empowered to find answers and make decisions that are right for them because each one of us is unique.”

She says she didn’t create her social media accounts to tell others how to live their lives, but instead openly share her health journey and what works for her.

Being a face of the plant-based lifestyle had led her to be criticized before: “I mean a plant-based diet is already a contradictory diet so I’m very used to people having very different opinions on my page.

“I can’t control what people think or what people feel,” she said. “The only thing that I’m doing is just sharing my journey and sharing my truth. I know my truth and no one can take that away from me. … I really hope that with time they can see what my true intentions are and that’s it’s just to share the message of health. That’s it.”

We came to this world to grow, transform, contribute, and add value. I choose to stay humble to learning and I trust in this process❤️I CHOOSE LOVE ——————————- Venimos a este mundo a crecer, a transformarnos, y a agregar valor. Elijo mantenerme humilde al aprendizaje y confío en este proceso❤️ELIJO AL AMOR

Ayres doesn’t mind that people are talking about her—either positively or negatively. She said she’s simply excited to be part of a conversation about “putting your health first,” she said. “I believe that a lot of good is going to come out of this. I haven’t really taken anything personal.”

Ayres taking cover from the criticism, she insisted; rather, she said it’s a period of healing. She said she has exchanged screen time for time with friends and family, and a “forced vacation” has given her time to focus on her health.

But she’ll be back. Slowly, she plans to return and share parts of her life and her new message. Followers can expect a new video early this week where Ayres will continue to take “the same approach” as she always has.

“To spread the message of a healthy lifestyle and share my journey,” this time with a wider outlook on health. “We were born to feel good and to thrive. And if you don’t feel like you are thriving, it’s important to do something about it.”