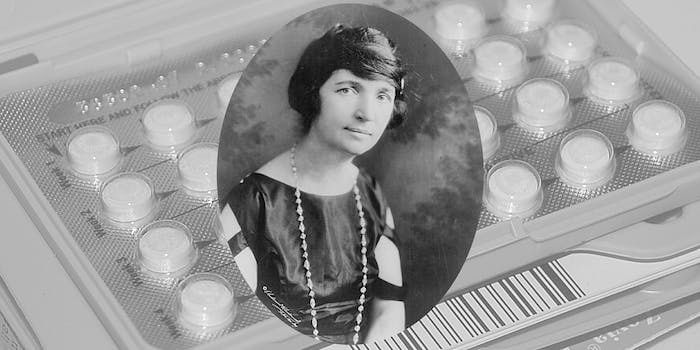 Trump's latest 'rule' is just one more setback in the contentious history of women's contraception.

In 2017, the Trump administration announced a rule that would roll back an Obamacare mandate that requires employers to cover birth control in health insurance plans. This was just one of the administration’s ongoing efforts to threaten or diminish women’s access to contraception.

Even though women still battle for affordable birth control today, not long ago, selling birth control was illegal in many U.S. states. It took four people, multiple arrests, three clinic shut-downs, and a wave of government backlash before the birth control pill was created and ready for wide distribution.

In the early 1900s, activists Margaret Sanger and Katherine McCormick were champions of the radical idea that women could enjoy sex without reproductive consequences. While the two women defied taboos and worked tirelessly against legal restrictions, pioneering endocrinologist Gregory Pincus and gynecologist John Rock joined the women to create a future where sex wasn’t synonymous with getting pregnant.

The invention of the pill led to opportunity, democracy, and massive changes to sexual, medical, and basic human dynamics. Here’s a brief history of the creation of birth control, the “magical pill” that changed the reality of sex and choice for women forever.

When was birth control invented?

Women have been using “birth control” for centuries—early 19th-century American devices like the “womb veil” preceded the rubber diaphragm and cervical cap, which were popular in the mid-1800s. So, the concept of blocking the cervix to prevent pregnancy isn’t new by any means, but giving women widespread access to medication is.

Before the pill was even manufactured, Sanger tried to create a cultural space in which the pill could be accepted. After being indicted for a series of essays on birth control that breached obscenity laws, Sanger fled the country to avoid trial. Shortly after returning to the states, Sanger coined the term “birth control” and opened the first women’s birth control clinic in October 1916 in Brooklyn. The clinic was only open for nine days before it was shut down by an undercover policewoman. It reopened again, then was shut down again. In November 1916, it was shut down for a third time resulting in a series of arrests for Sanger.

Five years after the first clinic was opened, Sanger founded the American Birth Control League in 1921. It is now known as Planned Parenthood and has been helping to provide access to vital healthcare ever since.

Though Sanger obviously had a large hand in the pill coming to fruition, identifying one person as the sole creator of the first birth control pill is controversial. Three men also studied the movement in the 1950s: A chemist in Mexico City named Carl Djerassi, endocrinologist Gregory Pincus, and gynecologist John Rock.

Djerassi was the one who created the chemical solution for the pill first—coupling the ovulation-controlling hormone progesterone with the steroid norethindrone—but Pincus and Rock were able to test, produce, and distribute their own version around the same time.

In 1951, Sanger met Pincus at a dinner party and she later persuaded him to start researching how a birth control contraceptive could be created. Pincus and Rock conducted their first test of synthetic progesterone on 50 women in 1954, some of which did not give their consent for the test or have any knowledge of what was being tested on them, causing later controversy. For example, one of the trials forced a group of “hospitalized schizophrenics to participate in an experiment whose long-term side effects were unknown.”

In 1956, Pincus and Rock moved their tests to Puerto Rico, where the birth control laws were less strict than the U.S. and the two could have little to no limitations with their testing methods. Pincus went on record with the media shortly after, saying the pair created the first birth control pill. However, this was before they had worked out several severe side effects. Regardless, news spread fast and thousands of women wrote to their doctors asking for a prescription.

When did birth control become legal?

The birth control pill was approved for use by the U.S. Food and Drug Association (FDA) in 1960. Since there was so much publicity when Pincus jumped the gun, the FDA approved the birth control pill, but on one condition: It had to be labeled explicitly as a solution to menstrual disorders, not as a contraceptive. Three years later, the pill was finally approved for contraceptive use.

You might be surprised to learn that the pill is Americans’ most common form of birth control.

According to a 2012 survey from the Guttmacher Institute, nearly 62 percent of women in the U.S. in their “reproductive age” currently use a contraceptive method. Some 5.7 million women rely on the male condom as a birth control method, likely because the condom also protects against sexually transmitted infections, something the birth control pill can’t prevent. According to the same survey, the millions of women who take the birth control pill rely on its added benefits, like managing acne, severe menstrual pain, irregular periods, and endometriosis. 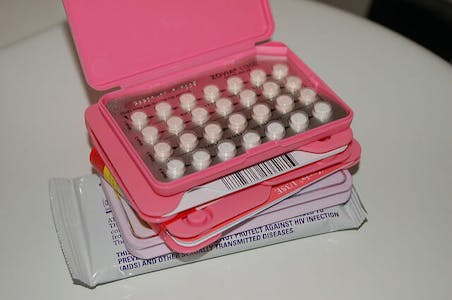 Other contraceptive options like the birth control patch, implant, shot, or vaginal ring have become increasingly popular. The implanted intrauterine device (IUD) has gained massive popularity over the last year—after Trump was elected in 2016, Planned Parenthood reportedly saw a 900 percent increase in the number of patients seeking IUDs. Still, the pill reigns supreme in the world of contraception use. As the conversation about birth control accessibility continues and women seek viable solutions to an age-old problem, the same fight Sanger fought rages on.

Still, the pill reigns supreme in the world of contraception use. As the conversation about birth control accessibility continues and women seek viable solutions to an age-old problem, the same fight Sanger fought rages on.

Still looking for clarity? Here’s what you should know about the morning after pill, all the best birth control options, the ultimate guide to getting consent, and how federal funding works for Planned Parenthood. Plus, read up on the best condoms on the market.