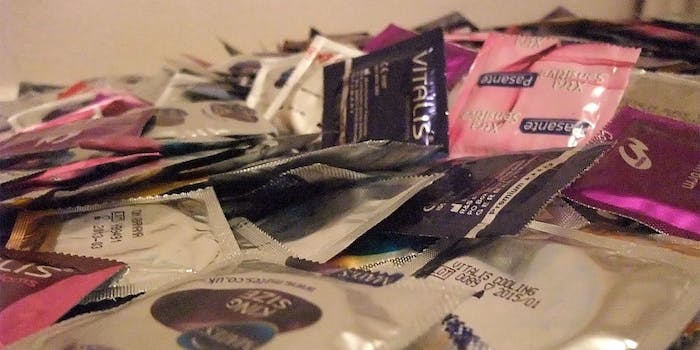 You and your partner are about to get down to business: What’s the first thing you do? To answer that for you, it’s asking for consent, then grab a condom.

Condoms are one of the most common contraceptives. Although some people may not favor them, they can be crucial when it comes to avoiding unwanted pregnancy and preventing sexually transmitted infections. We all remember the cliché banana tutorial of how to properly put a condom on, but checking to see if it’s expired is also important to remember before tearing the package open. If your anatomy doesn’t require a condom (or you don’t see yourself ever going near anyone’s banana IRL), it doesn’t hurt to know how one of the most popular forms of birth control works. Sex ed is for everyone!

There’s a variety of condoms to choose from out there, but the best condom brands check both safety and pleasure off the list. To ensure that both you and your partner are doing it right, here’s what you need to know about condom expiration.

Latex condoms have a shelf life of five years from the time they were manufactured. Latex condoms with spermicide have an even shorter lifespan of three years. A box of condoms should have both an expiration date and the date it was manufactured printed on the back of the packaging. If you don’t have the packaging handy, the wrapper of each individual condom should also have an expiration date listed, depending on the brand.

Always check the dates with your partner before use, and ask if they at least remember when they purchased this package. If you’ve had the same box of condoms waiting expectantly in your closet since freshman year of college, it’s probably time to let it go. Remember the shelf life. 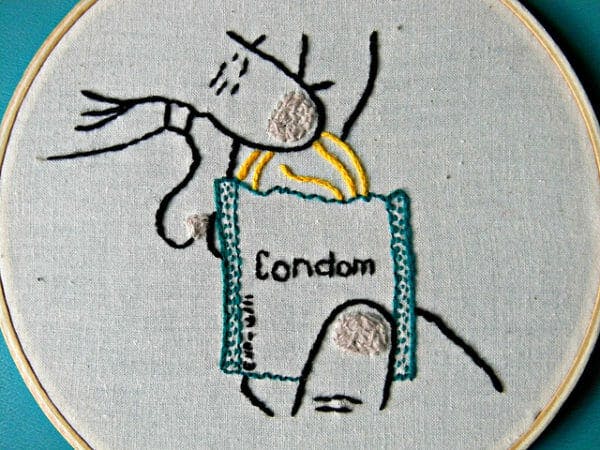 According to Durex, an international condom brand, it usually takes 90 days for shipments of condoms to reach their warehouse and shipped to retailers. To do a little math, for example, a latex condom with an expiration date of May 2019 indicates that the condom was manufactured in May 2014, and was put on the shelves after August 2014.

How to tell if condoms are expired

Just because condoms are stocked on the shelves doesn’t mean they are in perfect condition. Use your best judgment to examine the box and condom packaging. If you notice discoloration, tears, or rips, it’s probably in your best interest to choose another box. 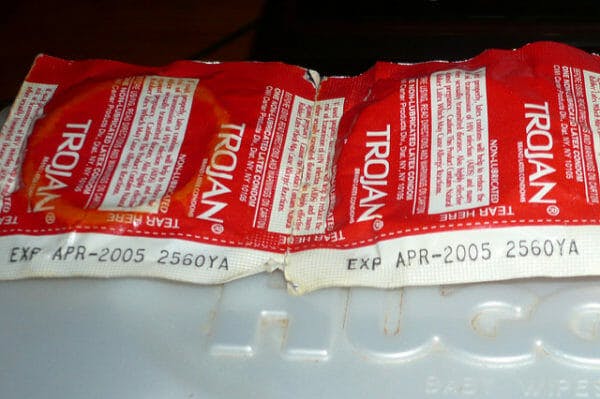 A working condom should be well lubricated, but if you open the package and it smells funny or is sticky, dried up, or too watery, drop it and grab another one. If you find that your condom is expired, do not use it. Pause what you are doing and make a trip to the store for more—you won’t regret it.

As standard protocol, you and your partner should check the condom to make sure there are no holes or visible damage before use. If the expiration date hasn’t passed and the condom looks and feels efficient, carry on. Toss the condom and its packaging afterward. This should be obvious, but it’s important to note: Condoms are not reusable.

How to store condoms properly

Condoms can dry up, become less effective, or possibly melt if not stored properly. If condoms aren’t stored in the right place they can be easily susceptible to breakage and tearing, which could cause a highly undesirable situation when you rip that wrapper open down the line. 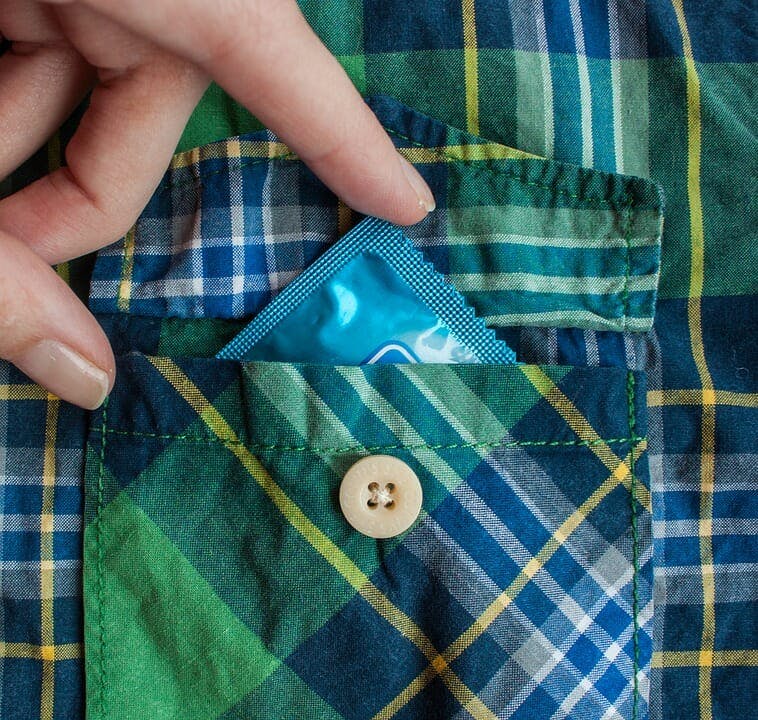 Condoms should always be stored in a cool, dry area like your nightstand or medicine cabinet. When condoms are kept in your wallet, pockets, or the glove compartment of your car, they’re more likely to break down before they reach their printed expiration date. Safety and efficiency aside, reaching over into your nightstand is way more convenient than getting up and sifting through the pockets of all your pants.

When it comes to using condoms, it’s always better to be safe than sorry.