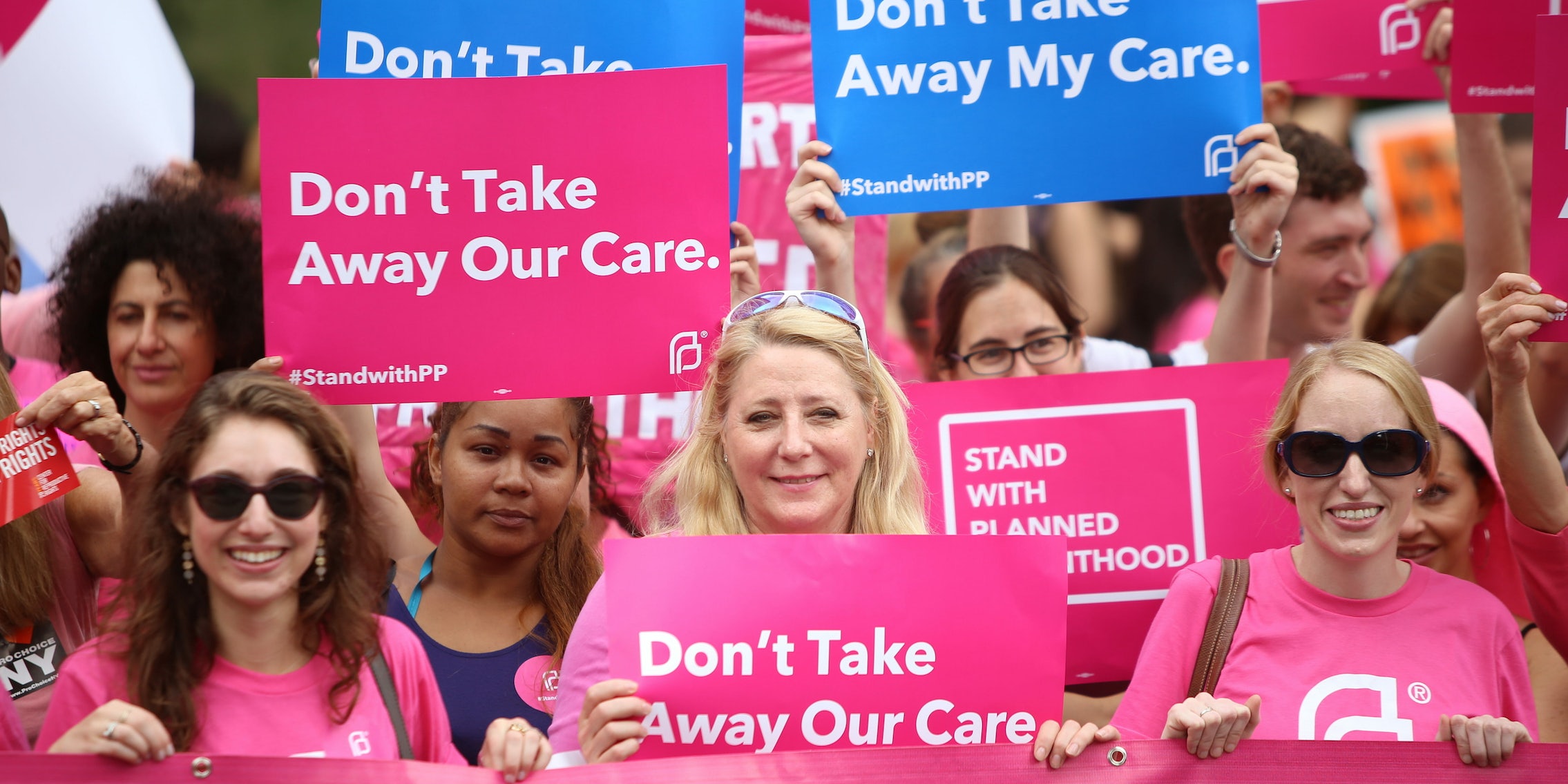 First and foremost, it's not just for women.

1) Planned Parenthood is not limited to the U.S.

For nearly 40 years, the Planned Parenthood Federation of America International Program has been helping women in developing countries access healthcare and crucial information about sexual health, birth control, and abortion. The PPFA International Program provides grants and on-the-ground support to local organizations throughout Latin America and Africa, in addition to advocating for foreign aid and pro-women policies in Washington, D.C.

While Planned Parenthood is often positioned as a women’s cause, the clinics provide STD testing, cancer screenings, erectile dysfunction treatment, infertility screenings, and birth control to hundreds of thousands of men each year. That number is constantly growing: A Planned Parenthood spokesperson recently told Refinery29 that the number of male patients their health centers serve has increased 76 percent since 2004.

OK, you probably know this one already, but it’s a point worth driving home, again. While anti-choice politicians continue to mislead the public about this, the Hyde Amendment, passed in 1976, explicitly prohibits the use of federal funds for abortion care.

5) In some states, you can get STDs tested online

Residents of Minnesota, Washington, and Idaho can take advantage of Planned Parenthood’s Online STD Testing program, which includes an online video visit with a health provider to discuss your symptoms, followed by an STD test kit mailed to your home. You mail the kit back to Planned Parenthood, and they send back your results (in an unmarked box to protect your privacy!). In the aforementioned three states plus Alaska, California, and Hawaii, you can also receive an online video consultation for UTI treatment or a birth control prescription.

In recent years, many Planned Parenthood clinics have begun offering hormone therapy for transgender patients. This service is critical for trans people living in underserved communities, who often face discrimination from medical providers and have trouble accessing hormones.

The first-of-its-kind bill, passed into law in early April, guarantees Planned Parenthood the state will reimburse clinics even if Congress cuts federal funding.

9) Planned Parenthood saves the government a lot of money

In 2015, the Congressional Budget Office released a cost estimate study for the government’s proposed cuts to Planned Parenthood Medicaid funding. The results were staggering: According to the CBO, defunding Planned Parenthood would result in $650 million in increased Medicaid spending between 2016 and 2025.

10) For many people, Planned Parenthood is the only option for healthcare

Over half of Planned Parenthood clinics serve communities with extremely limited access to healthcare and family planning support. Not only does Planned Parenthood save lives by filling these gaps in the healthcare system, its commitment to inclusivity and accessibility means that no matter your race, sexual orientation, gender identity, income level, or immigration status, you will receive high-quality care and accurate information.

A recent Fox News poll found that 57 percent of respondents held a favorable view of Planned Parenthood, compared to Trump’s 44 percent. The Republicans in Congress—the ones trying to shut down Planned Parenthood—fared worst of all, with a 29 percent approval rating.