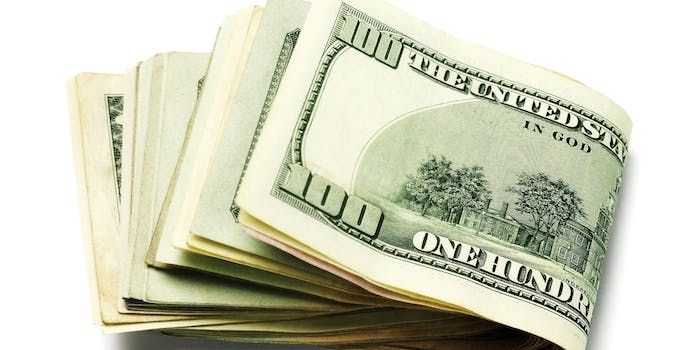 The financial costs of an uninsured abortion

Federal assistance for abortions may soon be banned. So how much will women have to pay?

Renee Bracey Sherman, a reproductive rights activist and board member of NARAL Pro-Choice, is familiar with the obstacles women face when they have an abortion. At 19, she underwent a surgical abortion procedure herself. For emotional and personal reasons, she didn’t tell her parents, so she covered the costs on her own.

“I was worried about disappointing them,” Bracey Sherman says.

There are many women like Bracey Sherman who, when making the difficult decision to get an abortion, still live at home or are dependent on their family’s health insurance plan and are too ashamed to ask their families for help. While there is no shortage of talk about access (or lack of access) to abortion and its emotional toll, little is ever discussed regarding the logistics of the procedure or even the costs.

According to the Guttmacher Institute, which studies reproductive health, over 53 percent of abortion patients decide to pay out of pocket, even if they are covered by Medicaid or a private insurance company. Though there are currently 15 states that cover abortion under Medicaid, even if you live in these states, some circumstances may prevent you from using your insurance. For example, in Iowa, the governor must approve all abortions paid for by Medicaid.

The House also recently passed H.R. 7, a bill that would prohibit Medicaid and any private insurance bought on the Affordable Care Act exchange from paying for abortion. If this passes the Senate, millions of women will lose access to abortion coverage.

Since abortion is not something people plan for, the costs can be surprising. Here’s an idea of what’s financially at stake. How much does an abortion cost?

While abortion costs vary from state to state, the national average for a surgical abortion in the first trimester is around $500. Rates increase depending on how far along you are and can get up to $2,000 during the second trimester.

At Planned Parenthood in New York, the flat rate for a medical abortion during the first nine weeks of pregnancy without insurance is $600. This price takes care of your procedure and also comes with a follow-up appointment and birth control method, like an IUD.

Some women do not have immediate access to these fees when they find out they are pregnant, so the waiting time for their procedure is prolonged. Because these women have to wait, their rate will increase along with their pregnancy. And in many states abortions are illegal after 20 weeks.

“[That’s why] direct access and proper health care is so important,” says Bracey Sherman. “A lot of people don’t think about having an abortion until they need one.”

The hidden cost of abortions

For many women, the actual procedure isn’t the only large expense.

Rebecca Wind, the associate director of communications at the Guttmacher Institute says, “In 25 states, more than half of the women live in a county without an abortion provider. [That means the for the majority of those women] obtaining an abortion often means finding childcare, taking time off work, and covering travel costs.”

For women that live in those counties, travel and lodging can cost up to a few thousand dollars, plus there is the loss of pay for being out of work. However, even women who do have access to instate abortions but who aren’t telling their family or housemates about the procedure still need a safe and comforting place to stay for recovery. Recovering from a medical abortion normally takes two or three days and requires a lot of heavy-duty maxi pads with wings, which surprisingly can cost you up to $100. Prescribed pain medicine can range from $50–$80.

Then there are external costs that come with surgical abortions that you might not be initially aware of. “When I had my abortion, I was lucky to have a credit card with a $500 limit that I didn’t use,” says Bracey Sherman. “It was $100 extra to get sedated and I remember thinking to myself, how many hours do I have to work to afford this? No one should think about that for proper healthcare.”

How to finance parts of your process

For those who need financial assistance, there are organizations that can help. The National Network of Abortion Funds lists a number of these organizations as well as free housing options for the recovery period.

According to Bracey Sherman, who is also involved with the national network, these funds can cover from about a third to half the cost of the abortion, and the money is sent to the clinic directly to minimize waiting periods and stress.

One New York organization, the Haven Coalition, provides free housing for women in the state or traveling to the state for the procedure. According to Karen Duda, the coordinator of the Haven Coalition, volunteers’ homes are open to anyone who needs them and most of the women they care for are referred to them through clinics and abortion funds.

“I do this because it is a great practical way to help,” says Duda. “There are a lot of ways to help in reproductive justice,”—like rallies, electing officials, donating to Planned Parenthood—”but this is a real hands-on concrete way to help one person. It makes things easier for them.”