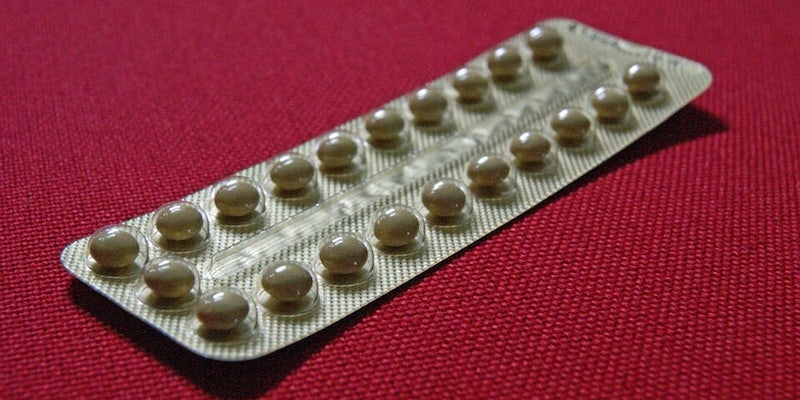 Your birth control options, ranked from most effective to least

You might be surprised how your birth control stacks up.

After the Trump administration rolled back the federal requirement that employers cover birth control, the Department of Health and Human Services (HHS) released a new rule stating that any company—including insurance companies—can decline that coverage on the grounds of “sincerely held religious beliefs” or “moral convictions.”

According to the New York Times, 55 million women enjoyed access to copay-free birth control thanks to the Obama-era mandate that Trump has targeted for months. Indeed, with an HHS stacked with birth control skeptics—former anti-abortion lobbyist and current HHS Assistant Secretary of Public Affairs Charmaine Yoest and Deputy Assistant Secretary for Population Affairs Teresa Manning are united in their belief that contraception doesn’t really work—the reversal isn’t surprising. But casting doubt on the efficacy of birth control is, frankly, irresponsible.

Because our government officials seem bent on axing access to reproductive health care, now seems like a particularly good time to explore the full range of contraceptive options. That’s why we’ve ranked your birth control options from most effective to least.

How effective is birth control?

Intrauterine devices (IUDs) are little T-shaped devices that live in your uterus and boast a more than 99 percent efficacy rate, making them among the most effective contraceptives on the market. That’s largely because once they’re safely situated, there’s no opportunity for human error: You can simply go about your sex life without worrying too much about rogue sperm.

Copper IUDs like Paragard also make great emergency contraceptive. Have one inserted within five days of unprotected sex, and it’ll be 99.9 percent effective at preventing pregnancy. They also last the longest of any IUD model (up to 12 years), making them the most cost-effective.

Copper IUDs can usher in heavy, painful periods, however, and while those might even out within a few months of IUD insertion, some people prefer a hormonal option. Those don’t last as long: Mirena lasts up to six years, but often eliminates periods over time; Liletta lasts three years and also means lighter periods for many users; because it’s narrower than Mirena, Skyla is potentially more comfortable for those who haven’t given birth and lasts three years; Kyleena lasts five years and was specifically designed for people who’ve never given birth.

Heads up: IUDs start working immediately upon insertion, but the reverse is also true. Once they’re out, there’s no lingering pregnancy prevention power. You’ll need to use another form of contraceptive if you don’t want to conceive.

Another form of long-acting reversible contraceptives, hormonal implants—Nexaplanon and Implanon—are also 99 percent effective, for the same reason IUDs are. Nexplanon is simply a newer version of Implanon—both are matchstick-sized rods that a doctor inserts into your upper arm. The device releases the hormone progestin into the body, guarding against pregnancy for up to four years. Similarly to IUDs, once an implant is removed, you’ll need to immediately start using another contraceptive if you don’t want to get pregnant.

Injectable birth control, or the depo shot (from the drug Depo-Provera), is up to 94 percent effective but requires a trip to the doctor every three months. That can be difficult to manage, what with life’s pesky habit of coughing up unforeseen roadblocks at the worst possible time, but for those who excel at scheduling and feel fine about shots, this might be a solid option. If you begin the injection course in the week directly following the first day of your period, it starts protecting against pregnancy right away. If you miss your shot date by two weeks, you’ll need to use a different form of contraception, and if you’ve had breast cancer, the depo shot is not recommended.

There are many different brands of birth control pill available, and your doctor should be able to help determine which one is right for you. The go-to option for many people interested in contraception, the pill can be up to 99 percent effective—but only when used correctly. It’s easy to forget a dose, or to mess up the timing, bringing its real-life efficacy rate down to 91 percent.

But because it can help control acne, ease cramps and heavy periods, and because of its ubiquity, the pill is a popular birth control choice. A pill with estrogen and progestin starts working within seven days, and a progestin-only pill (a mini pill) takes effect in 48 hours. Be warned, though: Certain antibiotics and medications can make the pill less effective.

Just like the pill, the ring—NuvaRing, a hormonal rubber ring inserted monthly into the vagina—has a technical 99 percent efficacy rating that drops to 91 percent accounting for human error. (Anecdotally, I have heard tales of the device getting caught on the penis during intercourse, like a sort of sexy ring toss.) And like the pill, certain antibiotics and medications can render the ring ineffective. But! It’s easy to use: Just bend the plastic and pop it in there. Leave it in for 21 days, take it out to menstruate, then insert a new one when that’s over.

However, because the ring can come out, using it requires vigilance. NuvaRing has a set of detailed instructions for what to do when in case of slippage, but during sex and when using tampons, keep an eye out for errant rings.

The birth control patch—OrthoEvra—is a translucent sticker you can position on your back, butt, stomach, or upper arm. Replaced on a three-week schedule similar to the ring’s, it’s packed with estrogen and progestin that absorb into the body through the skin and prevent pregnancy with a 91 percent efficacy rate (99 percent if you always change and reapply the patch directly on schedule, and if it never falls off). While it can become less effective with certain medications and antibiotics, and while all hormonal contraceptives elevate risk of blood clots, that’s especially true of the patch, so people who use it should absolutely refrain from smoking.

Diaphragms are flexible silicone disks that, once inserted into and positioned in the vagina, block off the cervix. Diaphragms become more effective when coated in spermicide—a lube, gel, or foam that kills sperm—but spermicide doesn’t last forever, so once it’s applied you should have sex within two hours of inserting the diaphragm. Like so many other products on this list, diaphragms are theoretically 94 percent effective, but because humans are imperfect, that number is really more like 88 percent.

If you use a condom correctly each and every time, condoms as a contraceptive are up to 98 percent effective. Most people, however, don’t consistently manage either of those things, making condoms about 85 percent effective. But (and this is a big but) external and internal condoms are the only items on this list that also protect against sexually transmitted infections. I would heartily recommend using them on top of another form of contraception unless you are 100 percent sure both you and your partner have been tested and are clean.

Similar to its more ubiquitous cousin, the efficacy of female condoms (an insertable sheath that’s worn during vaginal or anal intercourse) varies. Used correctly every time, internal condoms are 95 percent effective, but accounting for human error, that figure drops to 79 percent.  And because the external condom is the thing people think about when they think about protected sex, it seems reasonable to expect that the average consumer will have less of an idea about how to put in an internal condom the right way. If you do choose this option, just be sure not to use it with an external condom—the friction can result in condom tears or slippage.

The birth control sponge is a sponge soaked in spermicide worn only during sex—put it in before (up to 24 hours before, Planned Parenthood offers detailed instructions on exactly how to do this) and remove it at least six hours later, and throw it in the trash. Do not reuse a birth control sponge, and definitely do not take it out before those six hours are up. But, that said, be sure not to leave the sponge in for more than 30 hours. If keeping a clock is not your strong suit, this product may not be for you.

In any case, the birth control sponge is between 76 and 88 percent effective. Today Sponge is the only brand you’ll find in the U.S.