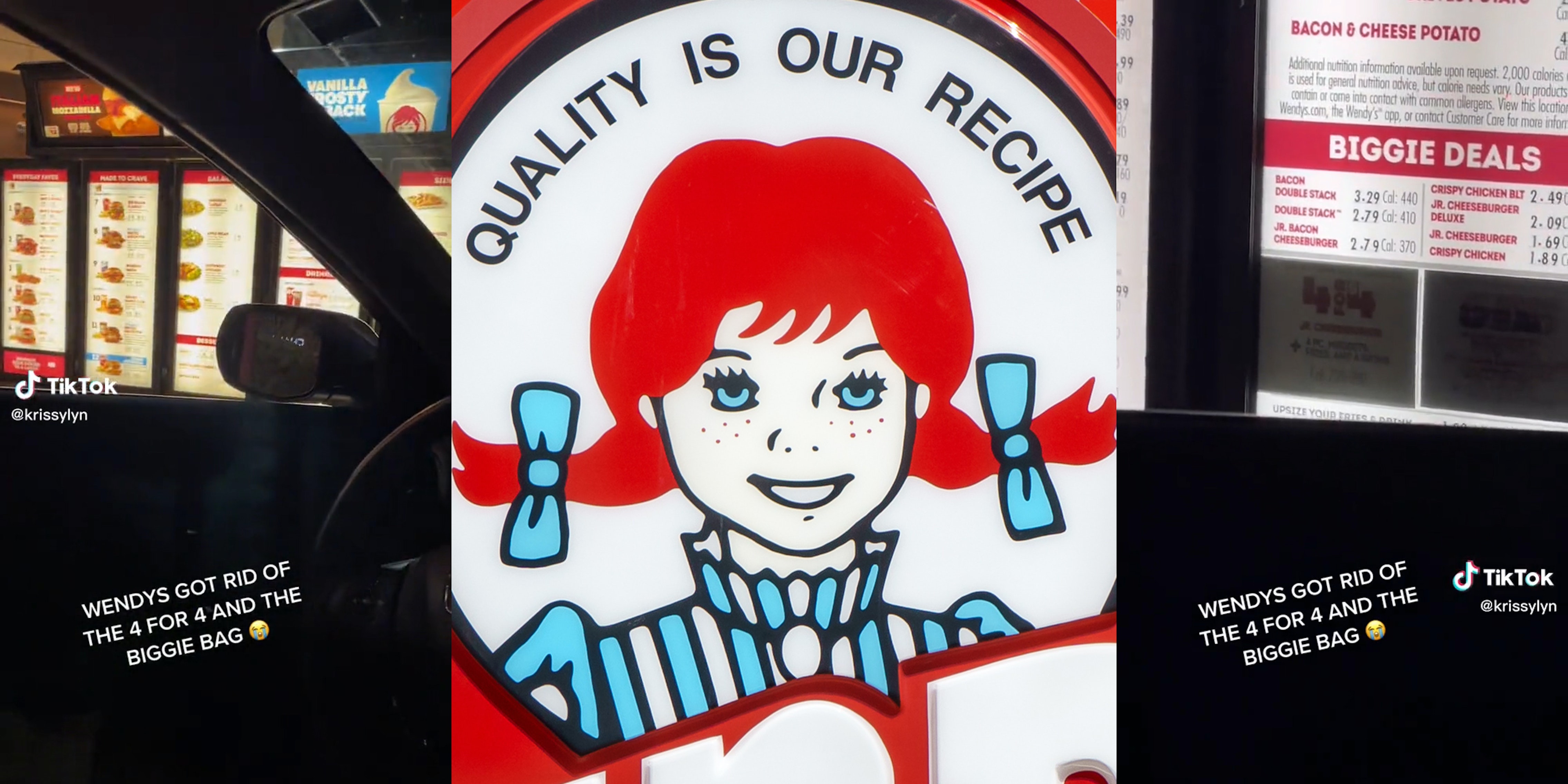 ‘I can’t believe Wendy’s and inflation did this to us’: Wendy’s allegedly got rid of 4 for $4 and ‘Biggie Bag’

'Not worth going anymore then. I’m not paying 20 dollars for 2 meals.'

A Wendy’s customer went viral on TikTok after exposing the fast-food chain for allegedly getting rid of some of its most popular deals.

“WENDY’S GOT RID OF THE 4 FOR 4 AND THE BIGGIE BAG,” Lyn wrote in on-screen text.

“I cant believe @wendys and inflation did this to us,” she added in the caption.

As of Jan. 24, both deals seem to be available on the Wendy’s website. However, the Daily Dot reached out to Wendy’s via email to confirm whether they are still being offered.

In the comments section of Lyn’s video, several viewers expressed disappointment that the deals may be gone.

“Not worth going anymore then. I’m not paying 20 dollars for 2 meals,” one viewer commented.

“Only reason why I went to Wendy’s,” a second wrote.

“I’m so tired of inflation,” another complained.

Other viewers were skeptical that the items were discontinued.

“That’s just a blown fuse lmao I ordered one yesterday,” one viewer claimed.

“Idk mine still has them ??” another wrote.

Viewers who claimed to work for Wendy’s also weighed in on the discussion.

“I’m a manager and we haven’t heard this at my location lol only that we’re adding a biggie bag for breakfast,” one user commented.

“It’s true :/ I work at Wendy’s and there gonna make it a $6 biggie bag with the bacon double [stack] or crispy chicken blt,” another claimed.

The Daily Dot reached out to Krissy Lyn via TikTok comment and Wendy’s via email.