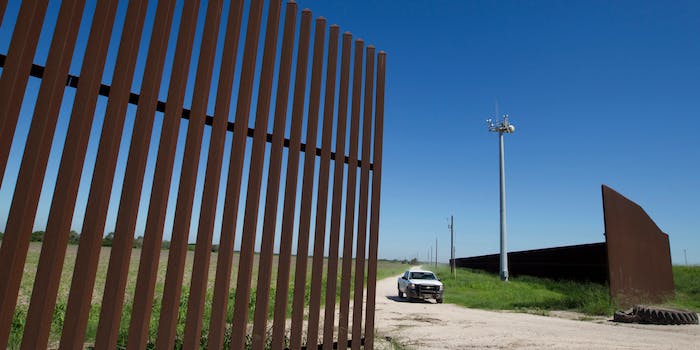 No one allegedly advised him to call for an outright ban.

If he wanted to build the wall, President Donald Trump decided he needed to demolish transgender participation in the military—but no one advised to do so.

This is what a new report from Politico alleges, that Trump’s tweeted policy banning transgender troops came as a result of an “internal House Republican fight” over federally-funded sex reassignment operations for trans service members that threatened a soon-to-be passed spending bill.

Caught between defense hawks who wanted to ban Pentagon-funded surgeries and moderate Republicans who saw the move as discriminatory, GOP leaders worried they might not have enough votes to pass the spending bill at all. So they went to the Trump administration for mediation.

When Defense Secretary James Mattis allegedly refused to change the policy, they went to Trump himself, who was quick to oblige with the policy rollback. However, in an effort to save the House proposal, Trump went further than to end federal sex reassignment surgery funding, and instead decided to ban trans people from serving in the military altogether.

“[P]lease be advised that the United States Government will not accept or allow Transgender individuals to serve in any capacity in the U.S. Military,” Trump tweeted on Wednesday. “Our military must be focused on decisive and overwhelming victory and cannot be burdened with the tremendous medical costs and disruption that transgender in the military would entail.”

Sources told Politico that Secretary Mattis did not agree with the decision, as the Department of Defense was already looking into the effect that transgender service members would have in the military, which is being conducted under an extension from the one-year deadline previously issued in 2016 by Secretary Ash Carter during the Obama administration.

In an email, a senior House Republican aide told Politico that GOP leaders weren’t expecting, nor were warned about, Trump’s final decision.

“This is like someone told the White House to light a candle on the table and the WH set the whole table on fire,” the source said.