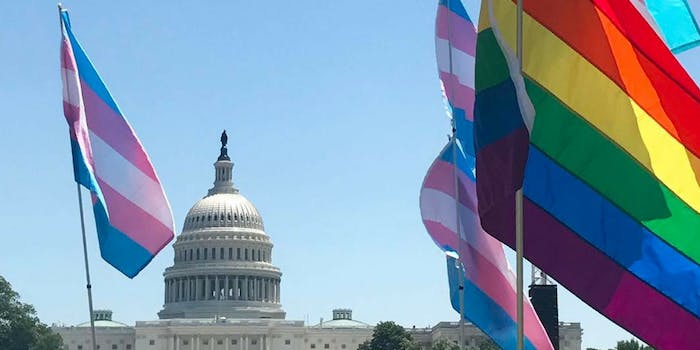 Transgender people can’t enlist in the military for another six months, per a policy development extension granted to military leaders by the Pentagon.

According to the Washington Post, on the eve of the original deadline to begin processing transgender recruits, Defense Secretary James Mattis granted military chiefs their requested six-month delay on Friday.

The original deadline for new transgender enlistees, July 1, was set by previous Defense Secretary Ash Carter at this time last year. However, service leaders requested a six-month “waiting period” in order to further develop policies and understand treatment of current transgender troops, including medical issues or discrimination. The Army and Air Force originally requested a two-year extension but negotiated on the six-month delay, the Associated Press previously reported.

In a memo from Mattis, he said he determined the military needed more time after speaking with top generals and defense officials.

Transgender troops have been able to openly serve since Oct. 1, and as many as 250 service members are already in the process of transitioning or have been approved to “formally change gender” within the Pentagon’s personnel system. According to a Rand Corp. study commissioned by the Pentagon, there are about 2,500 transgender service members in active duty and an additional 1,500 in the reserve.

Because of this, LGTBQ advocates have criticized Mattis’s delay. Aaron Belkin—the director of the Palm Center, a think tank which helped the Pentagon with sexuality research—argued that transgender service members are being treated the same as gay and lesbian recruits were during the “Don’t ask, don’t tell” policy, the military’s former ban on openly homosexual service members.”

“For the past year, transgender troops have been serving openly and have been widely praised by their commanders,​ ​as is the case in 18 allied militaries around the world including Israel​ and​ Britain,” Belkin said in a statement. “Yet members of Congress are denigrating the value of military service by transgender troops, and service chiefs are pressuring Secretary Mattis to continue the transgender enlistment ban despite having no new arguments or data to back up their long-discredited assertions.”