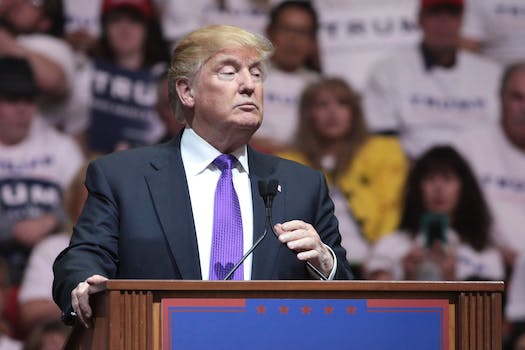 The next four years are looking pretty rough.

As Donald Trump’s administration takes shape, the implications for LGBTQ Americans are vast—and potentially disturbing. From Secretary of Education Betsy DeVos to Attorney General Jeff Sessions, most of Trump’s picks for his cabinet have explicit ties to anti-LGBTQ organizations or have voted against LGBTQ protections during their time in government.

Trump’s administration could enact many harmful changes for LGBTQ people over the next four years through all three branches of the government. But his power isn’t limitless, either: There are restrictions in place that could make sweeping changes difficult or impossible. Here’s what kind of power and influence his administration will have in undoing protections for the LGBTQ community.

On the judicial level

It’s possible to overturn the Supreme Court’s ruling on same-sex marriage at a judicial level, but it’s highly unlikely: It would take either a constitutional amendment by three-quarters of state legislatures or a new case that would cause the Supreme Court to reconsider and overturn its previous decision. Overturning marriage equality does not seem to explicitly be on Trump’s agenda, though he has expressed a desire to fill SCOTUS’s current vacancy with someone who might overrule the decision on same-sex marriage and designate it to states.

On the legislative level

Even if marriage equality is upheld by SCOTUS, there are no federal laws protecting LGBTQ people from issues with adoption, employment discrimination, bullying in school, healthcare exclusions, hate crimes, identity documents, conversion therapy, HIV criminalization, or “religious exclusion,” and neither Trump’s administration nor the conservative platform historically supports such protections.

During the Obama administration, many of these protections had the potential to be recognized on a federal level. But with people like Texas senator and former presidential candidate Ted Cruz reinvigorated by a Republican majority, these protections won’t likely come to fruition. In fact, Cruz is spearheading legislation that would allow religious organizations to discriminate against LGBTQ people.

On the executive level

Donald Trump can also carry out something called an executive order, or a directive, to federal or state agencies without input from Congress or the courts. Executive orders can be overruled by courts or voted down by legislatures after the fact, but remain in effect until then.

Executive orders must adhere to the Constitution, so there are limitations, but there’s no rule preventing a president from overturning a previous president’s executive orders, which Trump has vowed to do time and time again with Obama’s “bad” orders that “attack” the Second Amendment and let immigrants “pour through” the border. In 2014, Obama also signed an executive order prohibiting federal contractors from discriminating on the basis of gender identity or sexual orientation. There is speculation that Trump will undo this executive order as well.

On the state level

The future for LGBTQ rights doesn’t look as bright as it would have under a non-Republican administration, but states and local legislatures all over the country are taking actions to ensure their citizens are protected. Pittsburgh recently joined eight other cities in banning conversion therapy, thanks to Mayor Bill Peduto, and governors in Montana, New Hampshire, Pennsylvania, and Virginia have signed executive orders protecting state employees from discrimination based on gender or sexual orientation.

On the other hand, conservative state legislators and officials are using a Republican-led federal government to push a more right-wing agenda in their states. A proposed Texas bill would require teachers to out LGBTQ students, and a proposed bill in Virginia would restrict transgender bathroom access.

A rough four years ahead

The forecast for LGBTQ people under a Trump presidency looks grim, and though harmful legislative proposals won’t always necessarily pass on state and federal levels, advocates should be vigilant and keep an eye on pending legislation in 2017 and beyond.