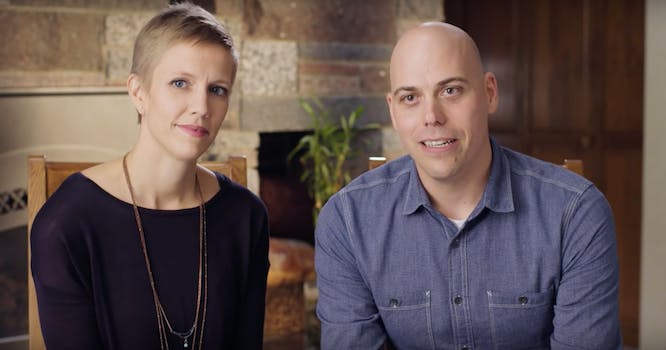 The wedding filmmakers 'believe that God has called them to use their talents' to honor Him.

The Alliance Defending Freedom (ADF)—known for its pro-religious, anti-LGBTQ legal battles—is filing a lawsuit on behalf of a Christian Minnesota couple to undo nondiscrimination protections against the LGBTQ community, so they can make videos about the glory of heterosexual marriage because “marriage is one their deepest passions.”

Carl and Angel Larsen, who are the owners of Telescope Media Group, are very into spreading the word of God and showing straight people getting hitched. They claim, however, that if they include wedding videos in their services, they will be forced to include same-sex couples under Minnesota law. This violates their beliefs as a Christian family, they say, and has led to a lawsuit challenging Minnesota’s Human Rights Act, which prohibits discrimination in public accommodations on the basis of sexual orientation.

In a video detailing their story, during a strange tangent about their dining table, Carl lets us know his family does have dinner with gay people every now and then. In a voiceover immediately after that, Larsen joins his wife and an attorney in making the point that their religious rights have been overlooked in favor of LGBTQ rights and that requiring them to document same-sex marriage is akin to censorship.

“The Larsens would violate their religious beliefs about marriage by using their media production and filmmaking talents to produce a video promoting or communicating the idea that marriage can exist between anyone but one man and one woman.

If the Larsens, who according to the suit “believe that God has called them to use their talents and their company to create media productions that honor God,” want to profit off people, they are not free to discriminate. But if they just want to spread their beliefs without compensation, they’re free to do so.