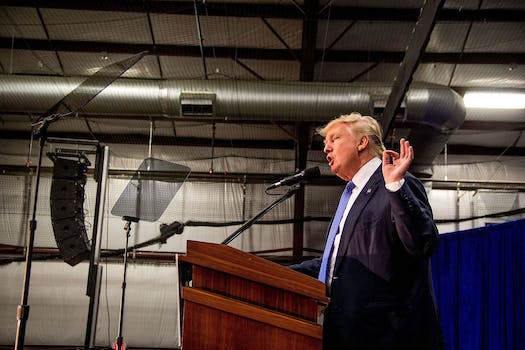 The short answer is yes—but it's complicated.

Since Washington went red Tuesday night, many LGBTQ people and allies have expressed concern over the negative impact a Trump presidency may have on the community. Many are specifically concerned that Donald Trump and his administration will overturn the 2015 Supreme Court decision that made same-sex marriage the law of the land.

Though President-elect Trump hasn’t explicitly outlined any plans on the issue, he has previously told CNN’s Jake Tapper that he was “just for traditional marriage” and that he disagreed with the court’s decision. He has also previously indicated that the issue of same-sex marriage should be left to the states and told Fox News’ Chris Wallace that he would “strongly consider” appointing judges who would overrule the decision on same-sex marriage. Since Trump is poised to become president now, he will have the ability to appoint at least one Supreme Court justice who will likely be made from the same conservative cloth as the man being replaced, the late Justice Antonin Scalia, who voted against same-sex marriage.

If Trump wanted to overturn a Supreme Court decision, it would be a long and involved process. But it can be done in two ways: One, states themselves can amend the Constitution, which requires approval by three-fourths of all state legislators. In fact, this is how Prohibition was repealed in 1933.

The other is that the Supreme Court can overrule itself. In the case of marriage equality, for example, this can only happen if the court finds itself revisiting same-sex marriage due to a new conflict that pertains to the decision.

This kind of action by the Supreme Court is uncommon but possible; one of the most famous cases revisited and subsequently overturned by the court was Plessy v. Ferguson, which upheld racial segregation using the famous “separate but equal” doctrine. More than 50 years after the case’s ruling, it was overturned by Brown v. Board of Education, which determined that racial segregation in public schools violated the 14th Amendment.

In the end, Brown v. Board of Education overturned a Supreme Court ruling in favor of granting millions of Americans the rights they were owed, but overturning the decision that made same-sex marriage federally legal would do the opposite—and thus may be a hard case to make.

While it’s too early to tell whether Trump and his administration will pursue the process of overturning same-sex marriage, we can predict a trend based on his previous comments; his VP Mike Pence’s voting record, which includes voting against same-sex marriage in 2006; and the views of many Republican Congress members like Paul Ryan, who believe that same-sex marriage should be banned, same-sex couples shouldn’t be allowed to adopt, and legislation for hate crimes against the LGBTQ community is not needed.

On Wednesday, the ACLU Executive Director Anthony D. Romero addressed Trump in a statement, saying that the ACLU will challenge his unconstitutional policies should he try to upend the law. “Our staff of litigators and activists in every state, thousands of volunteers and millions of card-carrying members and supporters are ready to fight against any encroachment on our cherished freedoms and rights…We will be eternally vigilant every single day of your presidency. And when you leave the Oval Office, we will do the same with your successor as we have done throughout our nearly 100 years of existence.”