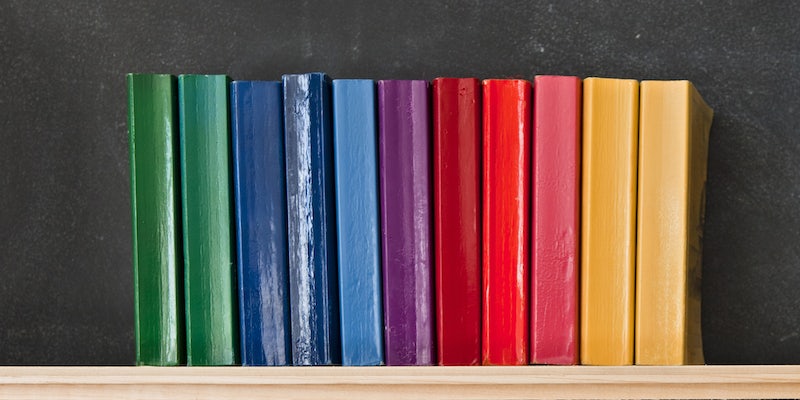 This bill would require teachers to out LGBT students

A Texas State Senator is fighting against transgender-inclusive policies with a new bill that could force teachers and school facility to tell parents about a student’s gender identity and sexual orientation.

On Nov. 16, State Sen. Konni Burton proposed the “Parent’s Right to Know” bill that would give parents access to all records involving their child, including counseling and psychological records. Under bill SB 242, if an administrator withholds information from a parent or encourages a student to withhold information from their parent, the school employee will face discipline.

Civil rights groups like Equality Texas have spoken out against the legislation, insisting such a law would mean teachers will be forced to out students. Progressive site the New Civil Rights Movement predicts the law “would place LGBT youth in the conservative state at risk for abuse, neglect, or suicide if their parents aren’t accepting. It could even expose them to the dangerous, discredited practice of ‘reparative therapy.’”

Burton’s chief of staff, Elliot Griffin, told the Houston Chronicle that the connection to reparative therapy was an “unfortunate interpretation” and that the bill does not force a school to share information unless a parent requests it.

But both Griffin and Burton have stated that this bill is a direct response to transgender-inclusive policies. Burton introduced the bill with a blog post explaining that she saw this as way to give parents back control of their children’s lives after the Fort Worth school district adopted transgender guidelines that required school administration to recognize preferred gender identity and pronoun of students and make bathroom and locker room accommodations for trans students. In an op-ed published last May in Texas Tribune, Burton stated that her biggest concern with the new transgender guidelines was that they were instituted without allowing parents to weigh in, removing the role that parents could play in their children’s life. Her proposed bill takes that viewpoint a few steps further.

Burton succeeded Former Texas State Sen. Wendy Davis in January 2015 after Davis left her seat at the conclusion of her failed gubernatorial campaign. Since taking over, the Tea Party-backed, Ted Cruz-endorsed senator could not have been more different than her predecessor. While Davis rose to prominence within her party by donning pink sneakers and making a historic 11-hour filibuster to block an anti-abortion law, Burton first entered the floor of the Texas State Senate wearing black cowboy boots decorated with the phrase “Stand For Life.” Davis was also a strong advocate for the LGBTQ community, supporting non-discrimination and same-sex marriage legislation. With SB 242, Burton seems to prove she is also starkly opposite to Davis when it comes to LGBTQ rights.

This is just one of the many seemingly anti-LGBTQ bills that will be considered by the Texas State legislature in January. On Nov. 14, Sen. Bill Hall proposed a bill that would overturn nondiscrimination ordinances that protect LGBTQ in many Texas cities.