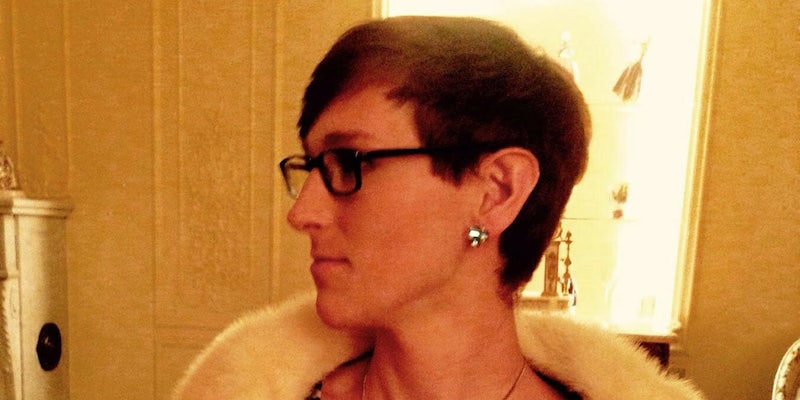 Ms. Dosh said she is 'thrilled' about the change—though she still isn't invited to join the Armed Forces.

The first recognized transgender cadet to graduate from West Point was “thrilled” to learn this week that her name was updated in the military academy’s records.

The cadet’s name now reads “Ms. Riley Dosh” on the West Point Association of Graduates website even though she enrolled under her birth name.

Dosh, 22, put in the request to administrators on Thursday to have her entry reflect her lived name and gender. The site was updated within 24 hours.

“For any of my classmates or any other West Point graduate, if they want to search my academic records or anything about me, I want them to be able to see the name that reflects who I am—and not any other name,” Dosh told INTO.

After coming out to her teachers and classmates as a senior in 2016, Dosh was able to graduate in May as Riley. But she said it was “bittersweet” when her diploma arrived in the mail. The document listed her chosen name, which is also on her driver’s license on social security card, but used the wrong pronoun.

“I didn’t open my diploma for days, and when I did, it was kind of disheartening to see that,” she said.

The policy has since been clarified to allow existing transgender service members to remain in the military for now—but will ban transgender recruits from joining once the policy goes into effect in March.

Meanwhile, Dosh, who learned that she would not be invited to join the Armed Forces just before graduating, hopes to have her general academic records updated to reflect her lived name and gender. Since the West Point Association of Graduates is a separate entity from the rest of the university, her “official cadet record” still lists her birth name and gender.

Dosh is in the process of filing a request for a name change.